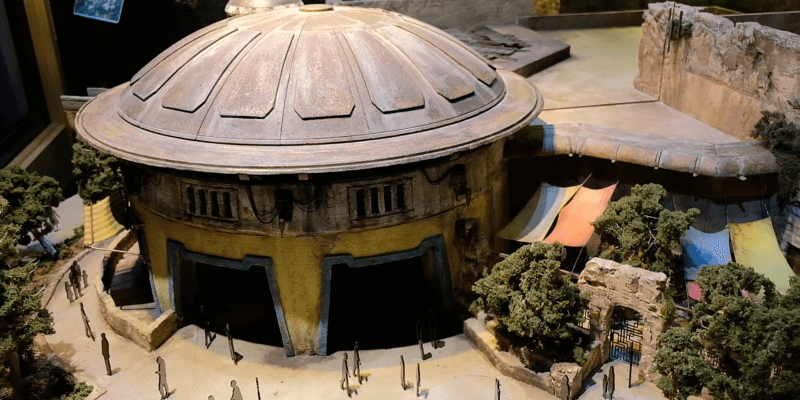 Today, Walt Disney Presents has been outfitted with a brand new model of the Star Wars themed land coming to Disney’s Hollywood Studios. The small model can be found within the historic attraction right next to the Toy Story Land model.

The model on display is only a small portion of the full Star Wars: Galaxy’s Edge model. The new land is set to open at Disney’s Hollywood Studios and at Disneyland park sometime in 2019.