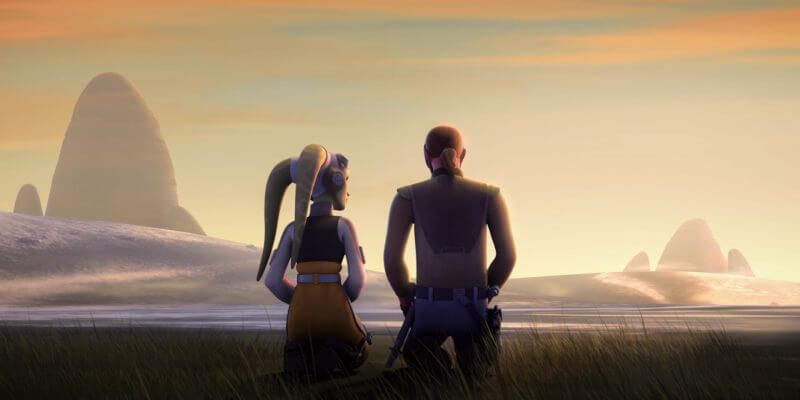 Buckle up, Star Wars fans. “The Last Jedi” isn’t the only action-packed entry in everyone’s favorite space opera coming in the second half of this year. The popular spinoff TV series “Star Wars: Rebels” is roaring back for one more batch of twenty episodes before it says goodbye forever.

At this year’s Star Wars Celebration in Orlando, showrunner Dave Filoni announced that “Rebels” would be going away after season four, so this will be our last chance to enjoy the adventures of the plucky crew of the Ghost – Ezra, Kanan, Hera, Sabine, Zeb, and of course Chopper. And based on the trailer released by Lucasfilm this past weekend, it looks like we’re in for quite a ride.


This “Star Wars: Rebels” season promises further connections with “Rogue One: A Star Wars Story”— including mentions of Orson Krennic, Project Stardust, and at least one more appearance by Forest Whitaker as splinter-cell leader Saw Gerrera. We’ll also apparently see developments in the long-hinted-at romance between Captain Hera Syndulla and Jedi Knight Kanan Jarrus. And what season of “Rebels” would be complete without space battles and lightsaber duels galore.