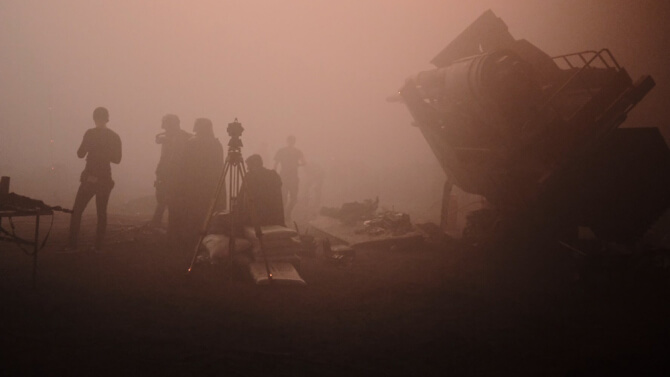 Ron Howard offered more glimpses behind the scenes on the set of the new Han Solo film over the weekend.

The director posted two different photos with similar captions about “dark and dangerous times” to his Twitter and Instagram accounts. Each image shows a hazy scene of destruction at an undisclosed location in the “Star Wars” galaxy. Any guesses about what they’re filming?

Shooting a scene about desperate and dangerous times in the Galaxy pic.twitter.com/AtNZPOkzFO

Shooting a scene about desperate and dangerous times.

Last week, Howard teased a possible appearance of the famed Kessel Run in the new film, which is set to arrive in theaters on May 25, 2018.

Comments Off on PHOTOS: ‘Han Solo’ director Ron Howard previews “dark and dangerous times” in new images from the set