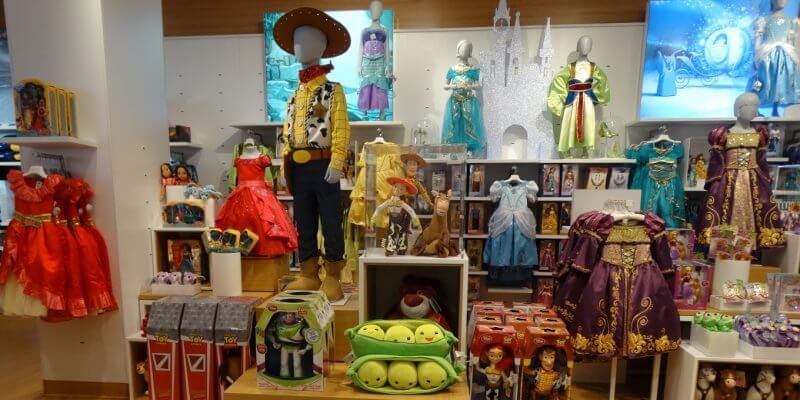 This morning Disney Store announced that its online counterpart would become known as shopDisney, but its physical brick and mortar shopping spaces are getting a splashy new overhaul as well.

Yesterday I was invited to a preview of Disney Store‘s new look, which will first be rolling out to six locations across the country. This more streamlined layout offers a better flow for guest experiences, but still retains the classic feel and welcoming atmosphere that Disney fans have enjoyed since the chain launched thirty years ago.


During my visit, kids danced with a video of Goofy, did video puzzles, and gathered around a large screen near the entrance to watch a live-stream of Mickey’s Soundsational Parade direct from Disneyland. There’s also a handy schedule of events for families who want to plan their shopping trips around what might be happening at Disney Store during any given time.

Princesses, Pixar, Star Wars, and Marvel are all represented in the store alongside Mickey Mouse and friends. The world of Disney’s theme parks is made accessible via a special cart that carries light-up ears, candy apples, and other merchandise previously found only within the parks themselves.

While Disney Store’s official website now redirects to shopDisney.com, curious shoppers in Southern California can visit the Westfield Century City location for a taste of what’s to come.