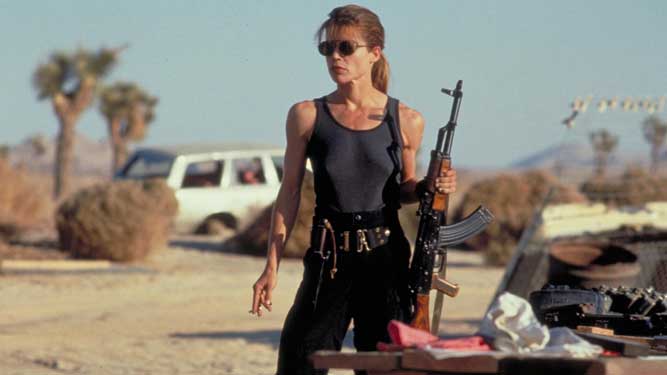 Linda Hamilton is returning to her iconic role as Sarah Connor for a new installment of the “Terminator” franchise.

According to The Hollywood Reporter, creator James Cameron made the announcement during a private event celebrating the film series. “As meaningful as she was to gender and action stars everywhere back then, it’s going to make a huge statement to have that seasoned warrior that she’s become return,” he said.

Cameron has not been involved in the franchise since “Terminator 2: Judgement Day” in 1991, but he will regain the franchise rights in 2019. The new film will be directed by Tim Miller (Deadpool) and made with Paramount and Skydance. Arnold Schwarzenegger had already been confirmed to join Cameron on the new film, so Hamilton’s return puts three major players from the original 1984 movie back in place.

Not much is known about the new story but it’s reportedly a direct sequel to “Judgement Day,” which grossed $519.8 million worldwide.

According to Cameron, there will be many new faces in the film.  “We’re starting a search for an 18-something woman to be the new centerpiece of the new story,” he said. “We still fold time. We will have characters from the future and the present. There will be mostly new characters, but we’ll have Arnold and Linda’s characters to anchor it.”

The new “Terminator” installment is expected to start filming next year.