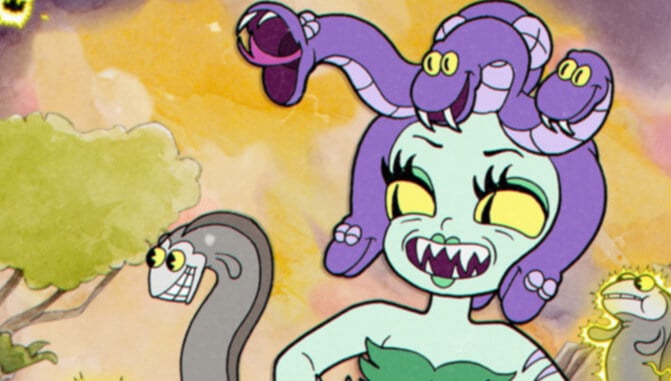 Cuphead, a video game inspired by 1930s cartoons, finally arrives this week on Xbox One and PC.

The game from Studio MDHR was previewed at E3 2016 and gameplay was described as a mix between Super Mario Bros. 3, Contra, and Mega Man. Quick reflexes and pattern memorization are required, but the other element of fun comes from the animation style.

Cuphead was completely hand drawn and the result looks much like Disney’s “Steamboat Willie,” or the “Betty Boop” cartoons. The main character, Cuphead, is simply a man with a cup for a head. Silly enemies include a carrot with psychic powers and a giant, grinning cigar. Capturing the 1930s animation style required the studio to use many of the same techniques used in early Disney cartoons. Each frame is hand-drawn on paper and inked before being inserted into a background of watercolor paintings. Coloring was the only digital process used for the game.

The development process, which started in 2010, was difficult. Studio MDHR was looking for artists who could create character designs like Oswald the Lucky Rabbit, a Disney character who debuted in 1927, and there was a lot of explaining involved for newcomers. Maja Moldenhauer, an artist and producer on the game, said once the on-boarding process was complete, everything clicked into place. “We just got so lucky that everyone is so passionate about what they’re doing, they’re passionate about this game, and we haven’t endured many conflicts,” she said.

Cuphead launches around the world at 6:00AM PT on Friday, September 29.