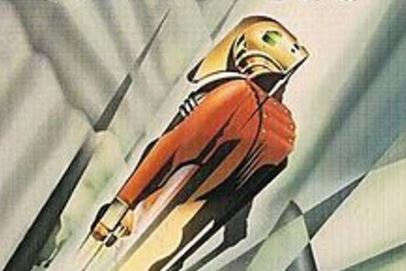 There’s no denying that the Walt Disney Company has a massive entertainment library to draw from.  In addition to their own animated and live features, Lucasfilm, Pixar and Marvel acquisitions amp up the arsenal of unique universes to draw from for content.

Many of Mouse’s properties have already transformed into wonderful firsthand experiences for guests to enjoy. Essentially, the attractions at the Walt Disney Company’s theme parks are magical representations of their films, TV Shows and characters.  With new additions centered on Pixar and Star Wars in the works, what if there could be a few more franchises in the company’s war chest that would make a fun and exciting addition to its theme parks?  We’ve come up with a few that you might like. While the sequel/reboot was squashed last year for being too dark, Disney’s 1979 science fiction fantasy could be reborn as a dark ride. In the film it was never revealed what was on the other side of the black hole.  Perhaps a Horizons like choose your own ending option could add a few alternative adventures to the what lies beyond?

2. “Hitchhiker’s Guide to the Galaxy”

While Disney’s adaptation of the Douglas Adams 5 story trilogy may not have been the best version (IMHO the BBC television series and radio play are superior send-ups), the whacky “Star Trek” meets Monty Python reality (or whatever passes for reality) packs potential for both a dark ride and/or a play/explore area.  Imagine bumping into Slartibartfast as boasts of the wonderful fjords he’s just designed for the new version of Earth, or perhaps enjoy a Pan-Galactic Gargleblaster in the Restaurant at the End of the Universe (a wonderful way to weave Adams’ whimsical world into any theme park).  Of course they’d have to sell lots of souvenir towels.

Already a Halloween hit at Mickey’s Not So Scary Halloween Party, the Sanderson sisters could easily fit in near any of the Haunted Mansion attractions, especially with their own shop or show.  Wouldn’t it nice to see the three witches run amok all year long? Also a great way to tip the hat to a former favorite at the Magic Kingdom in Orlando – make their shop a magic shop.

Dracula, Frankenstein’s Monster and the Wolfman aren’t exclusive to Universal.  Marvel ran comics on these delightfully dark creatures (and more).  The trio would make a wonderful addition for fall-time fun at several of the Walt Disney Company’s theme parks Chernabog, the demon from Disney’s 1940 film “Fantasia” was rumored to be under consideration for his own feature film”Night on Bald Mountain.”  While he does make a few appearances in the parks and animated cameos, a full dark ride featuring the mythology behind the classical music piece has paranormal potential.

6. “The Nightmare Before Christmas”

Tim Burton’s Halloween/Christmas fantasy continues to delight fans to this day.  While Jack Skellington and company manage to take over the Haunted Mansion in California each season, a dark ride dedicated to Halloweentown (and maybe expanding into the other holiday lands) would surely find fans flocking to see the groundbreaking stop motion animation masterpiece brought to life as only Disney can.

Another great live action Disney adventure movie that gets far too little attention.  The movie was intended to be trilogy and a sequel is in development.  Bringing characters from the film to the parks would be a nice tie-in for the planned follow up.  A live show could also be imagined.  However, the ultimate “The Rocketeer” experience would be to actually fly like the title character – an accomplishment achieved in roller coaster design similar to what’s used at Sea World for Manta.

There’s probably a better chance of the Adventurers Club returning before we see this Muppets parody parade into the parks.  “Pigs in Space” could make a fun change for the pre-show to the Muppet’s 3D attraction at Disney’s Hollywood Studio.  Board the “Swine Trek” for a trip to outer space that goes awry and ends up at Muppet Labs instead.

Writer’s note – I’ll freely admit that I am a big nerd.  I enjoy horror and science fiction quite a bit as evidenced by the 8 blue sky selections above.  Of course there are scores of other Disney properties that could easily entertain at the company’s well crafted, themed escapes from reality also known as Disney Parks.

Which of these ideas appeals to you?  Perhaps you prefer properties other than those listed above?  Please post your plans in the comments below. Comments Off on Which of These 8 Disney Properties Do You Want To Appear in a Theme Park?