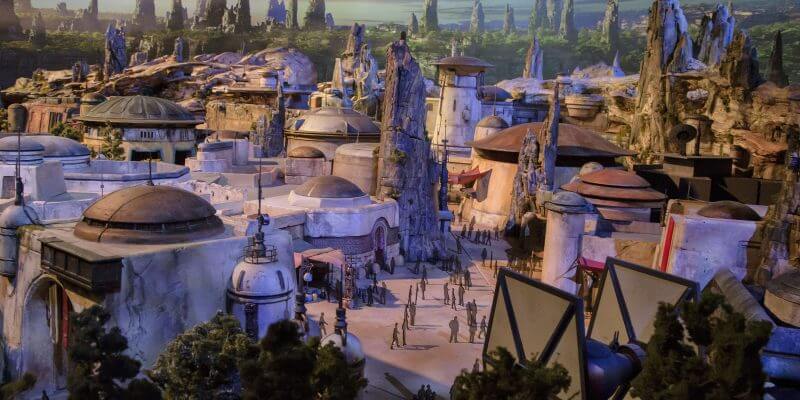 Construction on the highly-anticipated Star Wars: Galaxy’s Edge reached a milestone this week at Disneyland.

On August 21, construction teams installed the highest beam for the new Star Wars-themed land. This step completed the infrastructure for the 130-foot-tall rock spire, the highest point in Galaxy’s Edge. Take a look at construction teams hard at work as they build the new land, which is scheduled to open in 2019.

Once complete, Star Wars: Galaxy’s Edge will include around 10,000 tons of structural steel and approximately 200,000 square feet of hand-carved rockwork. Though there is still a lot of work to be done, eventually the construction site will be transformed into an interactive experience where your choices matter and alter your journey throughout the “Star Wars” planet.