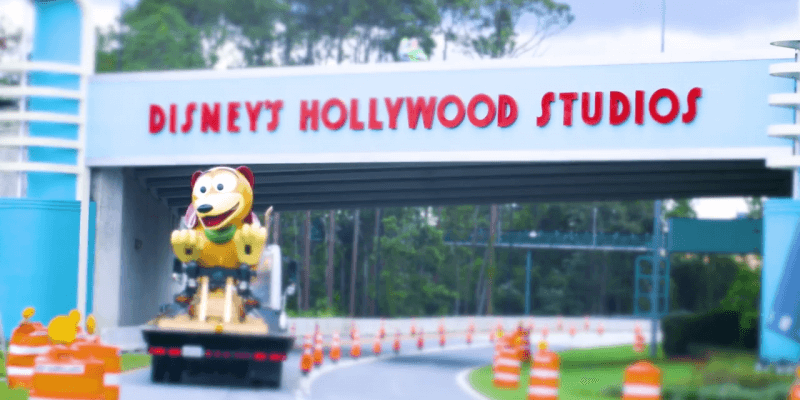 There’s no better way to celebrate National Slinky Day than with the arrival of the first Slinky Dog Dash ride vehicle at Disney’s Hollywood Studios.

Slinky Dog Dash is one of two major attractions coming to Toy Story Land when it opens in Summer 2018. The new themed land shrinks guests down to the size of a toy to explore the world of young Andy’s backyard on Slinky Dog Dash and the second attraction, Alien Swirling Saucers.

Take a look as the “Toy Story” gang welcomes the first Slinky Dog Dash vehicle to the park.

The family coaster is themed to look like Andy built it using his Mega Coaster Play Kit and other favorite toys. The ride vehicle sends guests dashing around turns as Andy’s Slinky is stretched to the max.

In case you missed it, there has been discussion this week about a Disney survey asking guests about potential new names and theming for Disney’s Hollywood Studios.