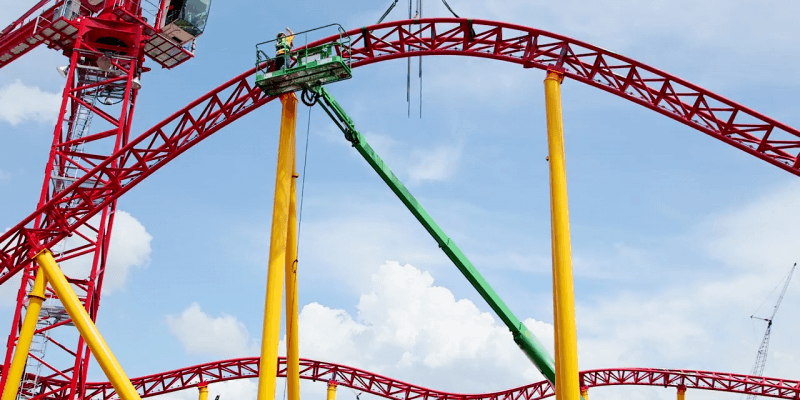 Toy Story Land has been under construction at Disney’s Hollywood Studios for some time now, but it still feels like they’re making progress very quickly on the new themed area. Walt Disney Imagineering has just laid the final piece of track for Slinky Dog Dash, a coaster that “shrinks” riders down to the size of a toy.

The coaster was designed to look like it was built by Andy, the young owner of Woody, Buzz, and friends in the “Toy Story” films. Using his Mega Coaster Play Kit, Andy built a track that meanders through his backyard and highlights some of his other favorite toys.

Take a look at this video from Disney to hear Imagineers discuss the progress of the new Slinky Dog Dash coaster.

We’re about a year away from the opening of Toy Story Land, which is scheduled to debut in Summer 2018.