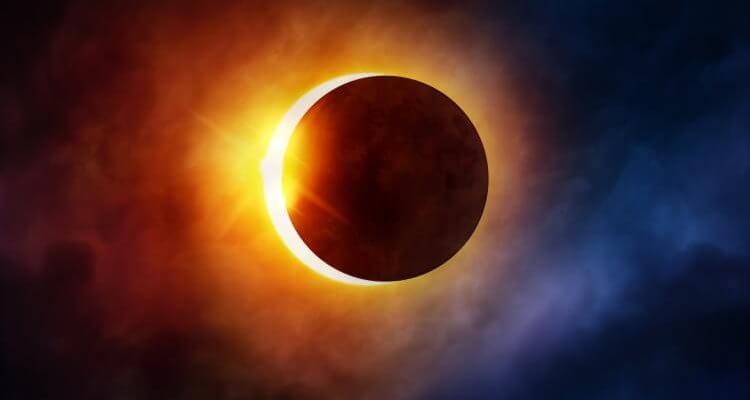 In case you missed it, a total solar eclipse is taking place across North America today, which hasn’t happened here since 1979. Over the course of 100 minutes, 14 states across the U.S. will experience more than 2 minutes of darkness in the middle of the day. A partial eclipse will be visible across all of North America.

It’s an exciting event but if you’re visiting Walt Disney World today there are going to be some slight schedule changes due to the eclipse. Here’s what you need to know: Walt Disney World isn’t hosting any special events or distributing eclipse viewing glasses, which are required for the experience – looking directly at the eclipse can cause damage to your eyes.

No changes are in place for Disney’s Hollywood Studios, Epcot or Typhoon Lagoon.

As a bonus for guests visiting Disney Springs, the Black Velvet cupcake has returned to Sprinkles for one day only in honor of the eclipse.

The @sprinkles deepest, darkest, most chocolatey cupcake is back to celebrate #SolarEclipse2017― dig into the Black Velvet today only! pic.twitter.com/M8By14oI5W

No schedule changes are expected at Universal Orlando, but the park has signs reminding guests of today’s eclipse.

Sign on the bridge as you approach Universal Studios Florida. #Eclipse2017 ? @TheJoeyMazzant pic.twitter.com/fIbnCfvRhh

The height of the eclipse in Central Florida is around 2:30PM. In California, peak viewing time is 9:00AM PST.

NASA is live streaming the eclipse on various channels so if you can’t watch the real thing with proper safety glasses or a pinhole projector, head to one of these sites. For more streaming locations, visit the NASA website.

Comments Off on Solar Eclipse 2017: What to expect at Walt Disney World today, how to watch online with NASA