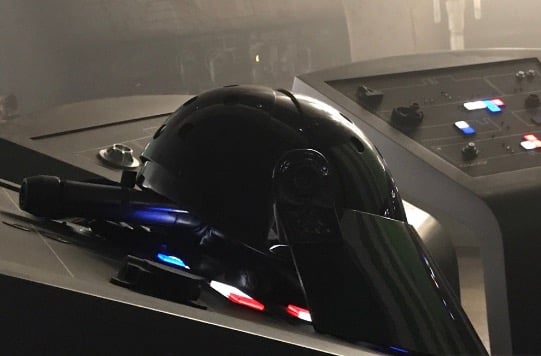 The Empire looms large. That was the message that director Ron Howard shared on his twitter account today along with the latest image from the set of the untitled Han Solo film.

Howard has been sharing images of wardrobes and alien creatures in the past to build anticipation for the upcoming Star Wars spinoff. His latest tease though, was an ominous one.

The image shows a familiar helmet that’s very similar, if not exactly the same as the ones worn by Death Star Troopers in the original Star Wars films.

We could have already safely assumed that the empire was going to play a role in this movie, but is Howard teasing something more? Are we going to see the Death Star again?

The currently untitled Han Solo film is currently set for release on May 25, 2018.