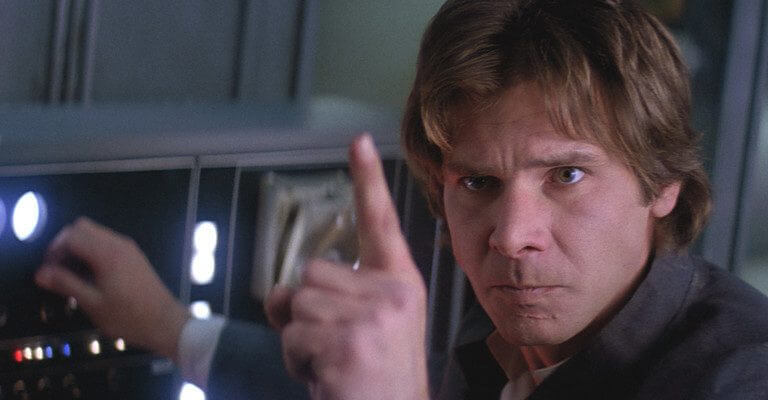 Ron Howard has had some fun on Twitter since being named the director of the yet untitled Han Solo film last month. He shared images of some of the wardrobe for the film just a couple weeks ago, and now he’s at it again.

Howard tweeted an image today of himself and cinematographer Bradford Young at work on the set.

Howard has been careful not to give away too much information about the film. Here, he is simply highlighting the fact that he is working with Young, who recently worked on the 2016 hit “Arrival.”

The image does give us a peek at one of the creatures we can expect to see in the film though. Creatures like this are hardly new to Star Wars films, but like I said, Howard is being careful. We’ll take every little hint we can get.

The untitled Han Solo film is currently set for a premiere date of May 25, 2018.