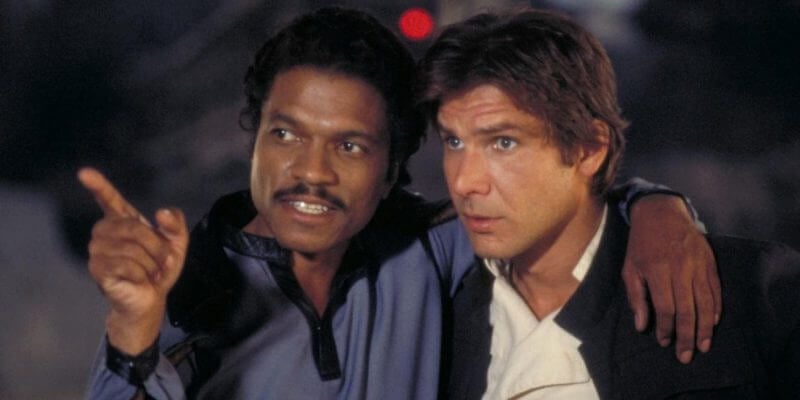 By now we’re all aware of the behind-the-scenes turmoil on the “Han Solo” Star Wars spinoff movie. Last month directors Phil Lord and Chris Miller were fired from the project by Lucasfilm president Kathleen Kennedy and replaced by “Willow” director Ron Howard.

Fortunately for fans, Howard has made himself a fairly entertaining source of teases from the new movie via his official Twitter and Instagram accounts, although most of them so far have been tongue-in-cheek jokes about how he can’t really share much of anything at all.

This time around, however, the artist formerly known as Opie provided an actual glimpse behind-the-scenes of the highly-anticipated Star Wars film: yesterday Howard tweeted and Instagrammed two images from the wardrobe of one character who is slated to appear alongside Han Solo on-screen. We’ll give you three guesses to figure out who it could be, and the first two don’t count.

#UntitledHanSoloMovie Care to guess whose closet this is?

It sure looks like these clothes belong to a certain scoundrel (you’d like him), but we’ll have to wait until see the movie to find out for sure. The as-yet-untitled Han Solo Star Wars spinoff movie is still slated for a release on May 25th, 2018.