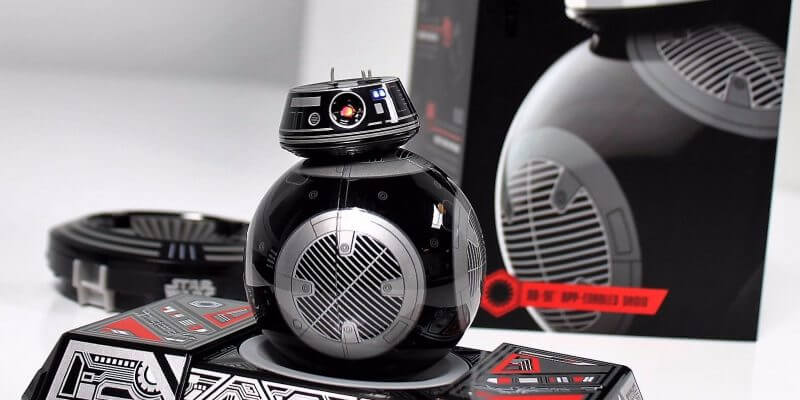 The lovable droid BB-8 appears to be getting an evil counterpart for “Star Wars: The Last Jedi.”

BB-9E is a new droid, part of the astromech unit of the First Order that keep their starships and machinery operational. BB-9E can be viewed in life-size AR form at participating retail locations hosting the “Find the Force” pop-up treasure hunt.

Sphero offered their first official look at the app-enabled BB-9E, which debuts as part of the Force Friday II event and retails for $149. The new droid has light-up eyes and a slightly different head than BB-8. You’ll be able to pilot BB-9E with a smartphone or have it perform pre-set routines. Sphero is also selling an app-controlled R2-D2 for $179. The droid has stabilizing legs and pre-set routines, like shaking and falling over.