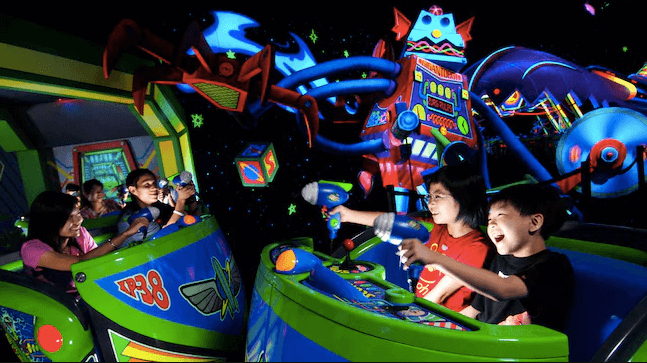 The “Toy Story 2”-themed attraction is officially closing on August 31 to make way for a previously announced Marvel-themed interactive shooting game. In March, concept art for the new Marvel ride hinted that guests would be shrunk down to Ant-Man size as part of the interactive experience. The new ride will be the second Marvel-themed attraction in the park, joining Iron Man Experience, and they’re both part of the planned Marvel expansion for Hong Kong Disneyland. If you’re unable to experience Buzz Lightyear Astro Blasters in Hong Kong before it closes, Disneyland also features the same ride. Take a peek in our video below.