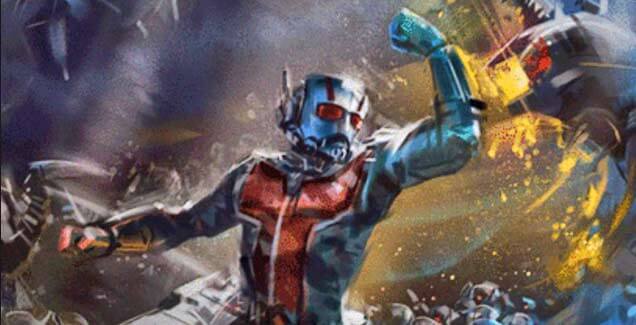 Hong Kong Disneyland is committing to its Marvel expansion in a big way. With its Iron Man Experience attraction already having opened last month, the park is now prepping for its next major Marvel overhaul.

Buzz Lightyear Astro-Blasters will be getting a complete reskin as a Marvel-themed dark ride, and today Disney revealed the first concept art for the new attraction via the Los Angeles Times. It looks as though guests will get shrunk down to the size of an ant (or the size of Ant-Man, rather) as part of the interactive experience.

No word yet on when Tomorrowland’s Marvel re-theme will be complete, but it’s part of a planned six-year growth period for the park, which will also include an E-ticket “Avengers” attraction taking over the footprint of Autopia.

Be sure to visit Hong Kong Disneyland Resort’s official website for more information on the park.