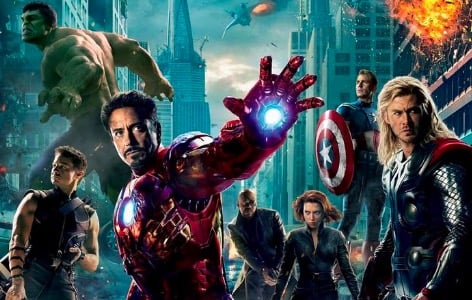 Avengers assemble! Disneyland Resort is seeing more and more superheroes pop up lately with incredible meet and greets like Spider-Man, Black Widow, Hawkeye and of course “Guardians of the Galaxy – Mission: BREAKOUT!”

Still, there are a lot of characters that we would like to see more of. Sure, Captain America is iconic and everyone loves Groot, but Marvel is loaded with characters that could make for amazing experiences in theme parks. Whether it’s a meet and greet or a new attraction, there are tons of amazing opportunities for Disney to take full advantage of Marvel at the Disney parks.

Here are some Marvel characters that we would like to see more of in Disney’s theme parks: With most people familiarizing themselves with Marvel characters through the movies, Vision is certainly going to be recognizable. Plus, he lends himself perfectly to special effects. With the right technology, a meet and greet with a projected, intangible Vision could be a really cool experience! These two don’t necessarily have to show up together, but it would be cool if they did! Did you see “Captain America: Civil War?” Their interaction was hilarious. Whether it be a meet and greet or in an attraction, the two of them together could make for a good time. The answer for this one already exists. Iron Man Experience opened earlier this year at Hong Kong Disneyland. Now, Disney couldn’t simply take that ride and copy and paste it into Disneyland in California because it wouldn’t make much sense for Iron Man to be giving riders a tour of Hong Kong there, but a redone version of this attraction would make a lot of sense. Not everything has to be about heroes! Marvel has created so many amazing villains over the years, it’s a shame that we don’t have the opportunity to meet any of them. Loki, the Red Skull and Thanos would all make for incredible meet and greets! Of course, if some sort of Avengers attraction was ever to be made, at least one villain would likely have to play a role in it. And speaking of which… None of this will really matter if we never see The Avengers truly assembled! You can meet all of the individual superheroes you want, none of it will add up to seeing the whole team together. Whether it’s a ride, a stage show or a meet and greet, assembling the Avengers would be awesome!

Anyone not from the Marvel Cinematic Universe Please, do something to appease us comic nerds! We understand that you don’t have the rights to use them in the movies, but that doesn’t mean you have to stay consistent with the theme parks. This is our only chance to see The Avengers, Fantastic Four and X-Men come together for something epic! Maybe even throw in some lesser known characters if you really want to make us happy. Moon Knight would be cool!

Which Marvel characters would you like to see in the Disney Parks? Let us know in the comments below!