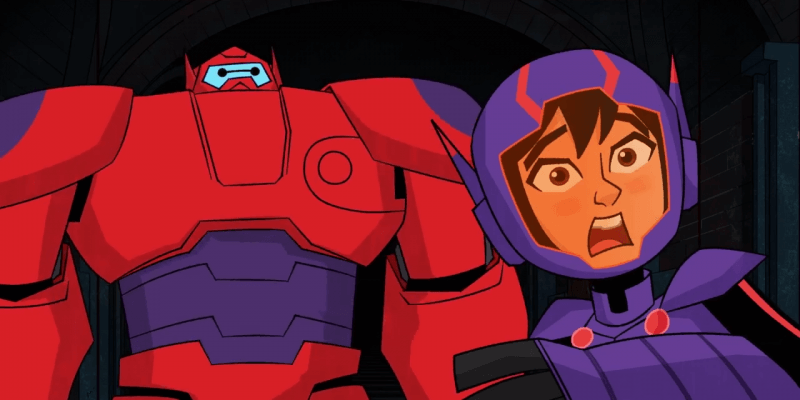 The exciting lineup of shows on Disney XD, which includes the upcoming “DuckTales” series and the animated “Guardians of the Galaxy,” is getting another fun addition this fall with “Big Hero 6: The Series.”

Disney released a peek at the new series during San Diego Comic-Con 2017, which picks up right after the events of the 2014 film. In this clip from the episode “Fred’s Bro-Trillion,” Hiro and Baymax are trapped in super villain Baron Von Steamer’s lair.

Watch the duo get “old-timey booby-trapped,” as Hiro says, in the video below.

The series follows Hiro and Baymax on their adventures as Hiro becomes the new kid at San Fransokyo Institute of Technology. Off-campus, things get a little dangerous and the pair joins forces with neat freak Wasabi, bubbly mad scientist Honey Lemon, fanboy Fred and no nonsense Go Go to form the superhero team Big Hero 6.

Tune in to Disney XD this fall to catch “Big Hero 6: The Series,” which has already been renewed for a second season.

Comments Off on VIDEO: New clip from Disney XD’s “Big Hero 6: The Series” previews exciting escape for Hiro and Baymax