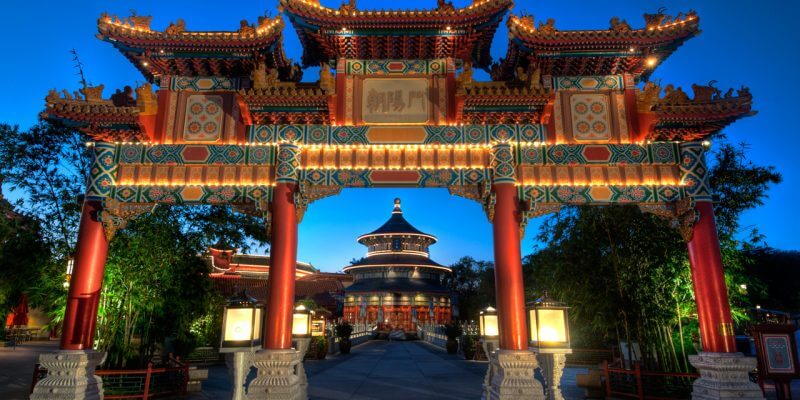 It was announced during D23 Expo 2017 that a new Circle-Vision film is coming to the China pavilion in Epcot’s World Showcase, featuring the splendor of the country. Disney will use a next-generation camera system to create the film, much like they did for Soarin’. Disney teams are taking the new immersive camera system on the road to create the first seamless Circle-Vision show. The Circle-Vision 360° technique was refined by the Walt Disney Company and uses nine cameras and nine large screens arranged in a circle. To film scenes in cities and on highways, cameras are usually mounted on a car. For “The Timekeeper,” which featured a plot line instead of a focus on landscapes, a static camera and CGI effects were used. The first Circle-Vision 360° film was “America the Beautiful” (1955), which debuted in the Circarama theater. In attractions that use Circle-Vision, projectors are placed in the gaps between movie screens and projected across from screen to screen. The new technology is expected to create a more “seamless” viewing experience, bringing other countries and their people to life on screen in vivid detail.

It’s not clear when the new film will replace “Reflections of China,” the current Circle-Vision show in the China pavilion, which debuted in 2003.

To watch the full announcement from D23 Expo 2017, take a look at our video below.