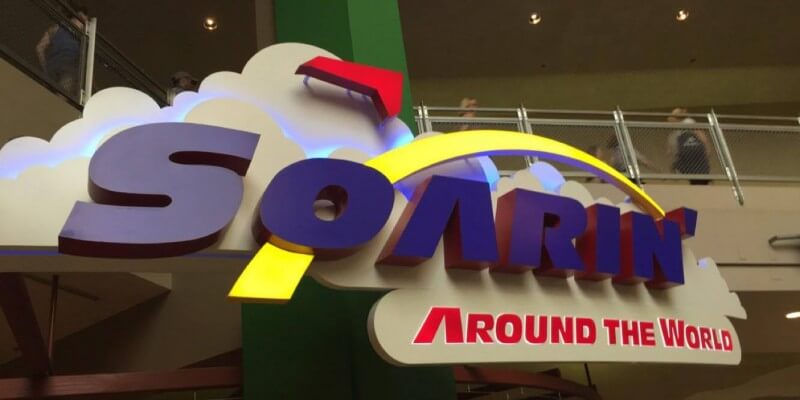 The new Soarin’ Around the World attraction has made its debut at Epcot in Walt Disney World today with a brand new film as well as modifications to the queue area and the addition of a third screen.

Actor Patrick Warburton remains the ride’s helpful guide, as the short instructional video shown to guests preparing to “board” is unchanged. The brand new film however was filmed with the latest technology along with new sights, sounds and yes, smells.

The additional third screen also aims to help alleviate the usual lengthy wait times that riders experienced before the refurbishment.