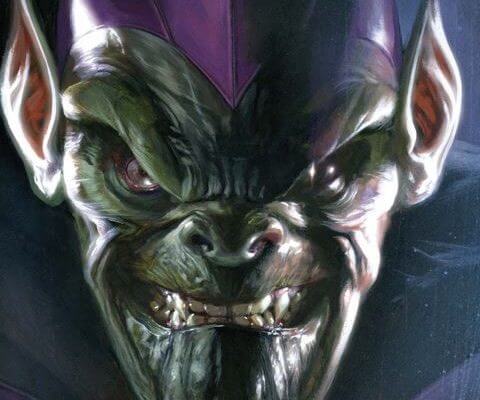 Marvel made headlines at San Diego Comic-Con once again with yet another huge panel that absolutely rocked Hall H. Kevin Feige was joined by the stars and directors to share news and footage of some of Marvel’s upcoming films, including “Thor: Ragnarok,” “Black Panther,” “Ant-Man and the Wasp,” and “Avengers: Infinity War.”

For fans of Marvel Comics though, perhaps the most exciting news announced at the panel was in regards to “Captain Marvel.” Marvel’s website editor Ryan Penagos, better known simply as AgentM, shared the news and his thoughts as it broke.

Talking about #CaptainMarvel. Set in early 1990s. Showing amazing CM concept art. Fury will have 2 eyes in it. #MarvelSDCC

The first bit of news was big. “Captain Marvel” will be set in the early 90’s. This means that this film will take place before “Iron Man,” and that only the events of “Captain America: The First Avenger” would have taken place before this film.

Because of this jump back in time, Nick Fury has yet to lose an eye. This will give us a different look at the character.

The biggest news though, came shortly after all of that.

#CaptainMarvel movie will be first MCU appearance of the Skrulls. SHowing concept art. SO GREAT. #MarvelSDCC

The announcement that Skrulls would be featured in this film came as a welcome surprise to Marvel fans. And in case you don’t fully understand the importance of this, AgentM went on to hammer it home.

Penagos doubled down on this news because it really is a big deal for Marvel fans. Skrulls are a race of shape-shifting aliens that are the main villains of one of the biggest crossover events in the history of Marvel Comics, “Secret Invasion.” As you probably could have guessed, this story consists of the Skrulls capturing and impersonating some of Earth’s mightiest heroes as part of a plan to overtake the planet. When the heroes find out what’s going on, it becomes impossible for them to trust anyone.

The MCU has featured aliens before. Most notably, the Kree have popped up in “Agents of S.H.I.E.L.D.” and “Guardians of the Galaxy.” The Kree, who have been at war with the Skrulls throughout the history of Marvel Comics, will likely show up in this film as well as Captain Marvel’s powers stem from the alien race.

The Skrulls plan to take the Earth and their war with the Kree will probably be featured in “Captain Marvel.” Could this be the launching point for a potential “Secret Invasion” film down the line? With “Captain Marvel” taking place in the 90’s, is it possible that their plan has already been playing out throughout the MCU all along?

“Captain Marvel” will star Brie Larson as the title character and is set for a March 8, 2019 release.

WATCH the excitement from Marvel’s panel at San Diego Comic-Con 2017:

Comments Off on “Captain Marvel” movie will feature Skrulls and be set in the 90’s. Is “Secret Invasion” already happening?