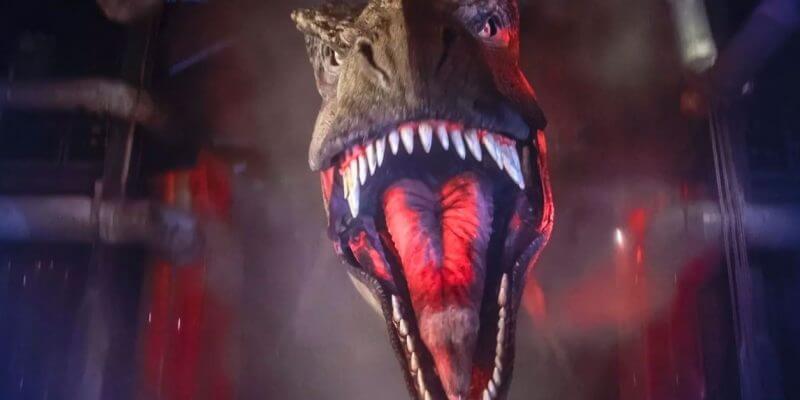 School is out and the family vacation is taking place across the country and around the world.  Of course the summer time temperatures can bake the fun right out of any attractions adventure.

Not to worry, ITM has compiled a cooling collection of various H2O heavy hitters that are sure to soak anyone experiencing these exciting excursions. An adventure in aquatic avoidance (or submersion), the AQUAZONE wave racers can be found at LEGOland parks in both Florida and California.  LEGO Technic inspired pods are doubly fun as those on shore have the opportunity to blast riders with explosive eruptions of water from stations around the ride.

In what seems like a mash up of Universal’s the Mummy coaster and Sea World’s escape from Atlantis, this two minute tour of the excavation site in Pompeii is sure to get you soaking wet, but not before scorching you a bit first.  The 50’ high ride show is an archeological dig gone wrong that the 79 AD volcano blows it top again sending through the ruins and plummeting to the ground in a 49 foot dive.

This hybrid show and water coater can be found at Sea World’s Orlando location (the only version to feature a dark ride element to the experience).  A second version of the coaster can be found in Sand Diego.  This California variant, sans show plunges riders for two exciting dips – the second by means of lifting their boat back up by elevator.  In the San Antonio, TX, version (also sans dark ride show element), there are also two drops, but here the ride vehicle is rotated towards different parts of the track; at one point even going backwards.

One of the original attractions to open at Universal Orlando Resort’s Islands of Adventure, in Orlando FL, this seemingly benign river tour of the parks dinosaur residents goes horribly wrong.  Bumped off course and, eventually into the path of a rampaging T-Rex, your only escape is drenching drop to safety some 85 feet below.  The original version of the attraction opened in Universal Studios Hollywood and another operates at Universal Studios Japan.

Take a super soaked spin along the Chakranadi River at Disney’s Animal Kingdom.  This water rapid style raft ride ferry’s up to a dozen guests along a conservation themed journey.  The five minute adventure is sure to leave riders (and their belongings) soaked and, hopefully, educated on the importance of conservation.

Dozens of theme parks have log flume rides, and there are great way to get soaked in the summer.  Universal’s Islands of Adventure takes the log to a new level.  Adding a dash of dark ride, perfectly planned puns wrapped around the classic Dudley Do-Right cartoons gives this Toon Lagoon log flume all the ingredients to be a sure-fire summer time soaker favorite.

The perfect recipe for drenching delight and interactive fun: take eight enormous raft-like ride vehicles, add hand cranked, powerful water cannons and ensure the ride path pits guests from multiple boats in the line of fire, and toss in targets along the way as well as off ride water cannons.  This is exactly wat River Battle, at Dollywood in Pigeon Forge, TN, has done.  With 100 targets along the journey and another eight (guests) on the raft nearby; there’s bound to be a lot of cannon fire (and sore arms) on this adventure.

While the classic Walt Disney movie “Song of the South” may not be available to purchase, many of its characters still grace the parks in Florida, California and Tokyo.  Part dark ride, depicting the misadventures of briar rabbit, and part log flume, this classic Disney Mountain offers guests the opportunity to cool off via the super-sized splash at the bottom of the ride’s 50 foot, 40mph plummet.  Each incarnation of this summer favorite is just slightly different: Disneyland California has three drops, Magic Kingdom Florida has five drops and Tokyo Disneyland’s version has 4 drops.

Take the motion of a tea cup ride and add hand-cranked water cannons for each rider and you Six Flag’s St. Louis’ Tsunami Soaker attraction.  This exciting exaggeration of the classic water gun battle goes beyond more than just those on board the ride; there are several cannons surrounding the attraction that guests can aim at riders.  However, those same guests, and anyone else in range, should be cautioned that those on the ride can soak anyone nearby.

This fiendishly fun dark rid may not have the thrills, drops and high-speed excitement of a water coaster, but the Playland water ride will still leave you soaked.  You’ll brave thunderstorms and waterfalls in addition to the trolls, dragons and gnomes in this whimsical water ride.  Of note Playland opened in the 1920’s and has been featured in films like “Muppets Take Manhattan,” and “Big.”

There are dozens more water rides to be found, many are variations of the above listed amusements.  Taking time to cool down and, perhaps, enjoy any of these ten terrific water based wonders can help take the edge of the heat and humidity.