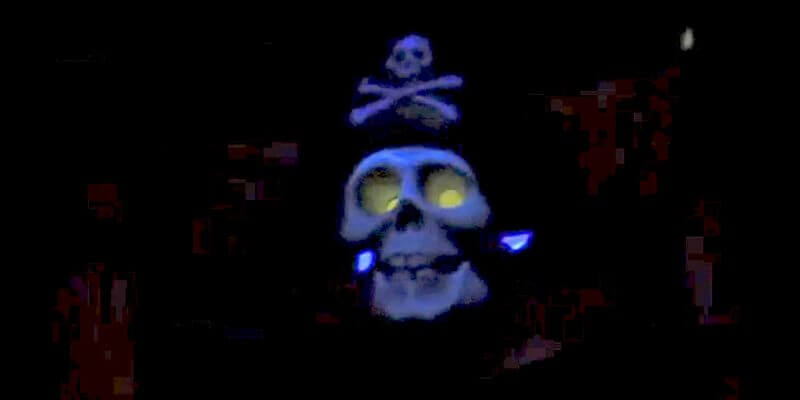 A classic piece of Pirates of the Caribbean history has returned in a new form at Walt Disney World. The talking skull that used to leave passengers with the infamous “dead men tell no tales” line is now back, but this time this speaking spirit serves a new purpose.

An on-ride photo has been added to the Magic Kingdom attraction just before the big drop near the beginning of the ride. The flash for the photo happens just after the skull (now sans crossbones) delivers a line about Davy Jones. A crash of thunder is heard along with a flash of lightning as the photo is taken. It doesn’t have the same memorable message as it used to, but at least the flash makes sense with this supernatural moment.

The Pirates of the Caribbean talking skull has seen many incarnations over the years, seen below in an old photo from Vintage Disney: Another talking skull that made its way to Walt Disney World appeared in the short-lived “Legend of Captain Jack Sparrow” attraction at Disney’s Hollywood Studios a few years ago:

Of course, the most majestic version of the talking skull has always lived in the original Pirates of the Caribbean ride at Disneyland in California: