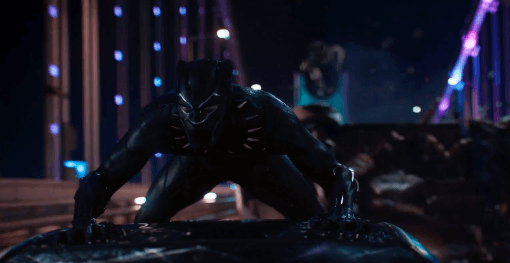 Last year, “Captain America: Civil War” introduced us to the Wakandan prince T’Challa and laid the groundwork for his story. Marvel fans have been waiting a long time for the Black Panther to get his own film, and they won’t have to wait much longer.

Earlier today, the first poster for the upcoming film was released, showing T’Challa in his Black Panther gear sitting on his throne. Tonight, we got a closer look at some of the action we can expect to see in Wakanda.