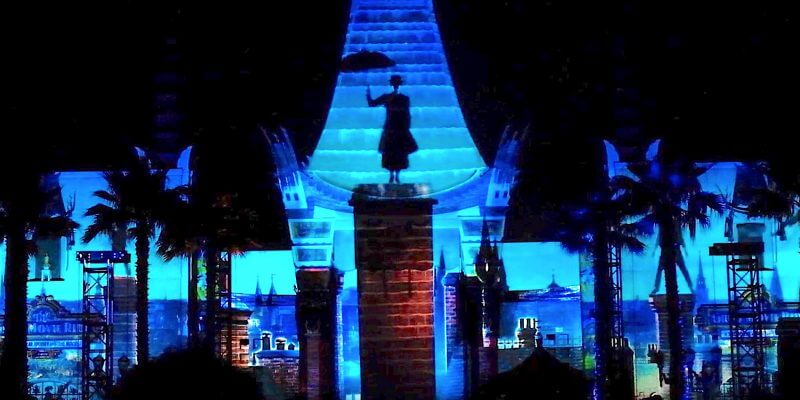 There is so much going on in at Disney’s theme parks these days with the recent opening of Pandora – The World of Avatar, the anticipation of Toy Story Land and Star Wars Land, and the ongoing speculation of what the overhaul of Epcot will look like. These big projects haven’t kept them from adding smaller attractions though–projects that while smaller in scale still connect with guests in big ways.

Two recent additions to Disney’s Hollywood Studios stand out as packing quite the emotional punch: “The Music of Pixar Live” and “Disney Movie Magic.”

We recently spoke with the show directors of both productions and learn a little more about what went on the behind the scenes in bringing these delightful additions to park guests.

Tom Vazzana has been a notable talent in The Walt Disney Company with a hand in many of Walt Disney World’s projects, including the  holiday production at Disney’s Hollywood Studios, “Jingle Bell, Jingle BAM!” This time, though, Vazzana has used his talents to give life to “The Music of Pixar Live” for the summer months.

The seasonal show combines a live orchestra and clips from Pixar films to create a production that brings smiles and tears–all within the span of 45 minutes. It is one of Disney’s more unique attractions as there is no other place on property where guests can enjoy a live orchestra and simultaneously watch corresponding scenes from Pixar’s biggest hits.

We are doing the movies of Pixar, the music, but we are adding the character element that the kids will love–and you can’t get that anywhere else….In the park is the only place where you can get the character[s]… and the live orchestra.

Vazzana also discussed the challenge of assembling 170 participants for regular rehearsals so that the conductors, musicians and technicians could perfect coordinating their performance of the live music and film clips. Described as a “difficulty,” Vazzana was quick to express that everything came together during the process, and as a result, the team created a “breathtaking experience.”

J. Michael Roddy is another well-known Show Director at Walt Disney World, having written fan favorite For the First Time in Forever: A Frozen Sing-Along Celebration. His latest accomplishment, though, is projected right up on The Chinese Theater (and its adjacent buildings) at the end of Hollywood Boulevard in Disney’s Hollywood Studios.

“Disney Movie Magic” debuted back in May, completely unannounced. The surprise feature delighted its audience, and the show quickly gained popularity.

As a compilation of Disney’s greatest movies, reaching as far back as the fifties with small nods to films like “Swiss Family Robinson” and “Darby O’Gill and the Little People,” the show is actually a tribute of sorts to the rich history of Walt Disney Productions and the franchises that have been merged with The Walt Disney Company over the years. Taking guests through a series of homages to classics from Disney, Lucasfilm and Marvel, it is one of those presentations that elicit wild enthusiasm when a favorite film makes its appearance.

The studio’s biggest blockbusters have a greater presence in the show, but even films that developed niche audiences still have a notable role and have played well for the crowds that gather each night.

Roddy specifically addressed this when we spoke with him:

It really was looking at a way to create emotion and connect to the guest, so we knew that there were films that were really, really popular….but we weren’t restricted to say that we can’t reference “Tron” or “The Black Hole” or “The Cat From OuterSpace,” “The Apple Dumpling Gang.” Those films still resonate.

Interestingly, Roddy noted that not all of the footage in “Disney Movie Magic” is actually from the movies. A couple of the segments show footage that looks like it was taken from the movies, but–in truth–some of the shots were re-created out in California with stunt doubles and dancers. Portions of the “Indiana Jones” and “Mary Poppins” segments, in particular, were pointed out as examples.

“Disney Movie Magic” appeared in the park unannounced. Roddy described that detour from tradition as “a really great experiment.” He discussed Disney’s intrigue with the scenario and seeing how guests would respond without the baggage of expectation that comes when upcoming attractions are announced. Happily, the “experiment” was a success, and audiences are connecting with the new presentation in very positive ways.

Roddy suspects that this will lead to future “surprises” popping up in the future of Disney’s theme parks.

Comments Off on VIDEO: Disney directors reveal how entertainment surprises arrive with a bit of ‘movie magic’ at Walt Disney World