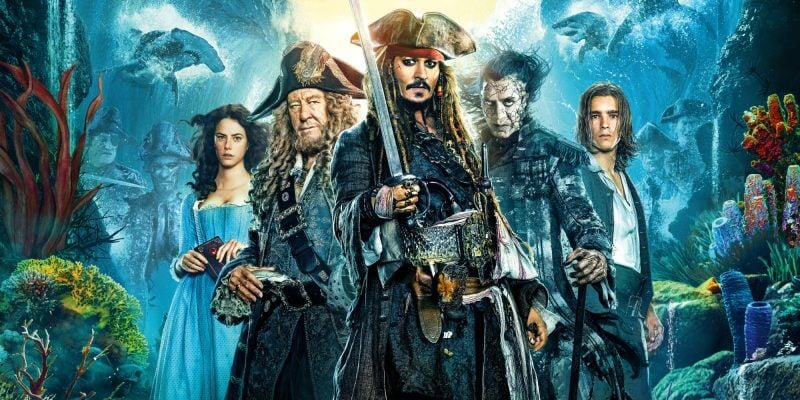 The fifth movie may have come and gone, but the “Pirates of the Caribbean” franchise isn’t done just yet. Chances are we will eventually see a sixth installment in Disney’s popular series of films. If that is the case though, what exactly are we going to see? Or perhaps the more appropriate question is, WHO are we going to see?

By now you’ve probably seen “Pirates of the Caribbean: Dead Men Tell No Tales,” but if you haven’t, you should be warned… If we’re going to have a sixth movie, we’re going to need a big baddie. We left our heroes in a happy place. Elizabeth and Will were reunited, Henry and Carina showed obvious signs of a budding romance, and Jack had his Pearl on the open ocean. What we need now is a new conflict.

If you stayed after the credits, you know that it would appear that we have not yet seen the last of Davy Jones. The tentacled captain of the Flying Dutchman stands over a sleeping Will Turner before he disappears with a flash of lightning. This would be bad news for Will and probably the whole Turner family.

Is it enough though? Jones was already the big baddie of two films and has been defeated by our heroes in the past. So why should we believe that the stakes have been raised for this sixth, and probably final, film?

Perhaps Jones won’t be the only villain that we see. The fifth film possibly gave us a few subtle hints about what lies in store for the franchise.

First, we saw Captain Barbossa meet with a sea witch named Shansa. In this scene, Shansa explains that she placed a curse on Barbossa’s enemies as part of a bargain that they had struck in the past. This may not mean much right now, but it is possibly a small part of something bigger. Second, it was made abundantly clear at a couple of points in the film that breaking the trident of Poseidon, the sought after artifact of the movie, would break ALL curses. This includes the curses on the film’s villainous Captain Salazar, Will Turner and Barbossa’s enemies. Intrigued yet?

Finally, at the climax of the film, in an emotional moment we see Carina realize that Barbossa is her father before he sacrifices himself to save the rest of the group. Barbossa’s death leads her to later declare that her name is Barbossa, accepting that the once mutinous pirate was in fact her father.

Let’s piece it all together. Barbossa has enemies who have been cursed. Those curses have been lifted with the breaking of Poseidon’s trident. Now that these enemies are once again free to roam the seas, they will likely want revenge on Barbossa. However, the only living Barbossa that remains is Carina.

It wouldn’t be enough, though, to introduce a few new villains who want to hunt Captain Barbossa’s offspring. We need a true villain that could really create some problems alongside Davy Jones. Who could be brought back from the dead by lifting a curse that would want revenge on Barbossa? Edward Teach was killed by the fountain of youth’s curse in the end of the fourth film. Before that though, he was stabbed with a poison-tipped blade by Barbossa. No, Shansa did not place the curse on Blackbeard, but that makes him the perfect surprise. Carina could find out from Shansa who Shansa cursed. In doing so, Carina could learn with whom she might have to deal. Teach would not be on that list, though, and thus he could catch her off guard.

To add another layer, Teach would also likely want some revenge on Jack Sparrow. After all, Sparrow was the one that tricked Teach into taking the curse from the fountain of youth, forcing him to give all of his remaining years to his daughter.

This could bring our heroes together to deal with two revenge-seeking villains, both of whom have an axe to grind with Sparrow. While a showdown with either Jones or Teach wouldn’t be enough to make the sixth film feel like a true final adventure, a showdown with both at the same time would certainly raise the stakes!