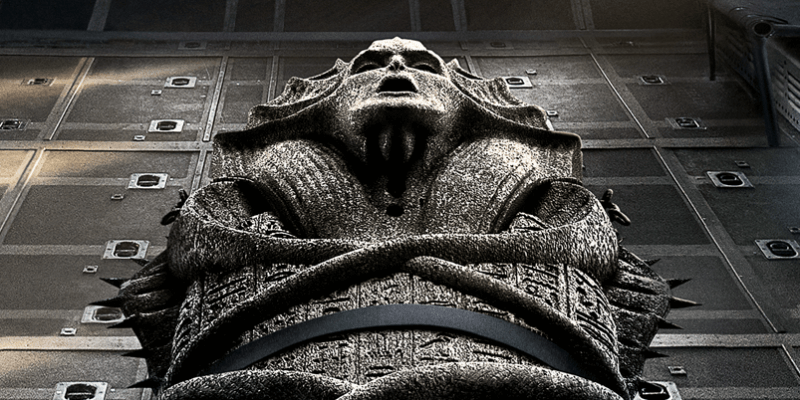 Universal Pictures has created some of the most iconic monsters in the history of film. Frankenstein’s monster, the Wolfman, Count Dracula and many more were brought to life and immortalized on the big screen by the studio.

It stands to reason that fans of the monster franchises would be excited Universal is bringing all the evil together in a new cinematic universe, dubbed the Dark Universe. Recreating such iconic characters in the horror genre and tying them together is certainly going to put people in seats.

This week, Universal begins their new Dark Universe with “The Mummy” – and it’s a pretty good start.

“The Mummy” introduces us to a “world of gods and monsters,” and does so with a nearly perfect blend of horror and comedy.

If you’re going to create a cinematic franchise based on the pioneers of horror, you better deliver some scares. And while this movie isn’t going to be causing any nightmares, it certainly makes the audience jump on more than a couple of occasions.

Princess Ahmanet, played by Sofia Boutella, is a wonderfully menacing villain. Boutella delivers a creepy performance while also allowing the audience to connect with the character. Her ever-growing army of decrepit undead followers certainly helps add to the film’s overall creep factor. Russel Crowe’s Dr. Henry Jekyll also adds a very different kind of creepiness to the film. He fits in as sort of that anti-hero that you are not entirely sure you trust.

When it comes to cinematic universes, Marvel is the master, so it’s hard not to make some comparisons as Universal launches their own.

The comedic presence of the film is what might catch moviegoers off guard. It appears that Universal is following Marvel’s example by injecting humor into movies that are really covering very serious subject matter. (If you’re building a cinematic universe, it’s a smart move to follow this successful formula.)

Tom Cruise takes a break from playing the straight action hero and turns in a rather refreshing performance as Nick Morton. He scatters some great one-liners throughout the film and masters the comedic confused look, making him a very likable, relatable protagonist.

Jake Johnson, who is known for his comedic work, delivers as the hilariously reluctant best friend. The character appears in surprising ways throughout the film, some of which come across as a bit forced, pulling viewers out of some of the film’s more intense moments. Fortunately, this doesn’t happen often and the movie maintains an overall strong balance of horror and comedy. Annabelle Wallis’ doctor Jenny Halsey starts off as a strong character but ultimately devolves into a damsel in distress on multiple occasions. She plays an important role, but all too frequently she defaults to a secondary role that relies on men to save her, make decisions for her, or otherwise guide her. In following Marvel’s example, this film has one scene in particular that parallels another from Marvel’s “The Avengers,” nearly to a tee.

Dr. Jekyll’s Prodigium team that will serve as the connective tissue through all the Dark Universe films gets a formal introduction, quite reminiscent of Marvel’s S.H.I.E.L.D. At one point, Jekyll and another Prodigium agent (for lack of a better word) argue over a plan, leaving a previously-captured baddie with time to try to escape. If that sounds familiar, it’s probably because it mirrors the scene in which Loki escapes S.H.I.E.L.D. custody in “The Avengers.” In “The Mummy,” there’s a guard that is turned into a puppet (just like Hawkeye), while Dr. Jekyll’s transformation into Mr. Hyde is the mirror of Bruce Banner transforming into Hulk. It is interesting that this film would mirror “The Avengers” and not “Iron Man” since this is the first entry in the new connected franchise, and that “first entry” feel almost perfectly describes the vibe of this film. “The Mummy” was never made to stand on its own, nor does it ever. It’s more than clear from the opening scenes that this movie was made to be the first step in something much bigger – a fact the audiences are reminded repeatedly throughout. While “Iron Man” gently planted the seeds for the Avengers initiative that would tie the Marvel movies together an a curious way, there is nothing subtle about this new franchise (obvious from the opening moment when the famous Universal logo transforms into one for the new Dark Universe).

The movie does also reveals (SLIGHT SPOILER ALERT!) Jekyll’s evil alternate identity, Mr. Hyde, even though it seems all too early in the franchise to play this card. It certainly isn’t something that hurts the film, but perhaps it jumps the gun a bit. Audiences need the chance to fully connect with its recurring characters, and this feels like it is forcing the Dark Universe’s hand too soon.

Despite the forwardness, it largely works. “The Mummy” is both a fun horror-adventure that brings us some interesting characters, but also a solid introduction to more gods and monsters to come.

“The Mummy” opens in theaters this Friday, June 9th.