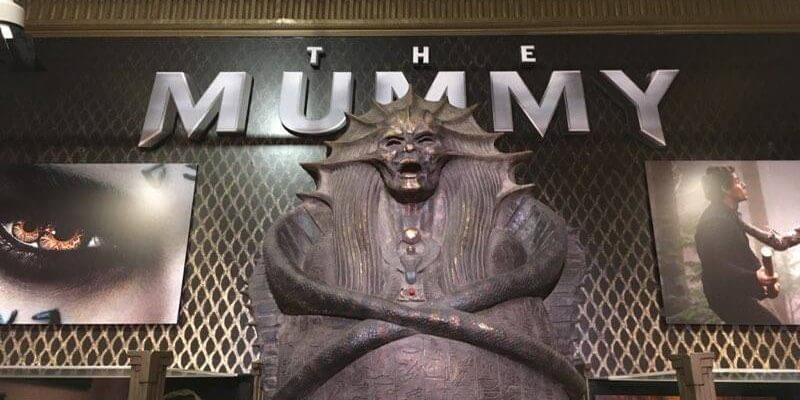 Universal Studios’ brand new cinematic franchise, “Dark Universe,” kicks off this week with the release of “The Mummy.” The action-packed horror flick serves as an introduction to a new world of gods and monsters.

Princess Ahmanet has escaped more than just her tomb though. “The Mummy” has also made its way to the theme parks, popping up in Universal Studios Florida. The Horror Make-Up Show at Universal Studios Florida regularly shows off exhibits from classic horror films, including “Frankenstein,” “Jaws,” “Halloween,” and many more. Now, “The Mummy” has joined that list as guests can check out some of the props used in the movie in this brand new exhibit. The exhibit is open now to guests during regular park hours, and “The Mummy” is in theaters now.