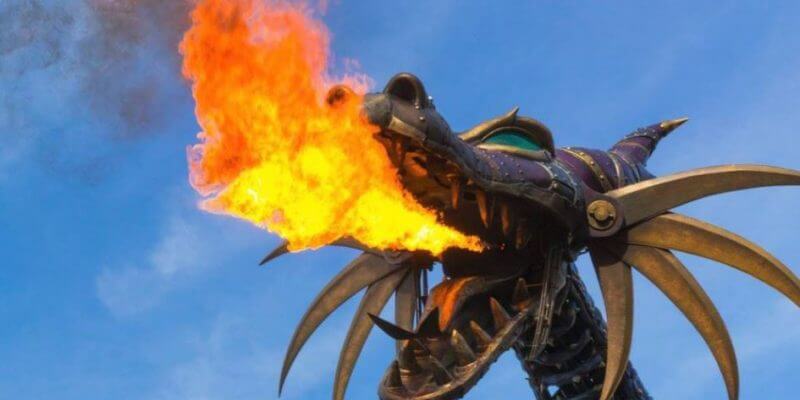 With the recent premiere of “Happily Ever After” at Walt Disney World the parade of characters featured in the new “kiss goodnight” took me on a trip down memory lane.

The various parades and fireworks that I have been privileged to experience over the years was an absolute delight to recall.  Here are the top five from the cobwebbed corners of my memories.

This fiendishly festive fall show is the perfect Halloween fireworks show.  Seen during Mickey’s Not So Scary Halloween party, this blast of villainy in the sky is my favorite Disney fireworks display.  With spooky music, appearance by the Disney villains, what’s not to love?

Boo to You Parade

Also part of the Mickey’s Not So Scary Halloween Party, the parade includes costumed characters, Haunted Mansion ghosts, ballroom dancers and float as well as an appearance by my favorite Disney villain, Chernabog, on his very own float.  The catchy theme music includes rifts of Grim Grinning Ghosts blended in with the melody.  A frightfully fun time!

A catchy theme, “Baroque Hoedown” and dazzling display of lights make this night time parade a favorite of many.  I recall the first version that came to the Magic Kingdom.  I was mesmerized by the soundtrack.  The 33rpm vinyl picture disc spent many days on my little record player.  The Main Street Electrical Parade made two encore performances at the Magic Kingdom in FL (1999-2001 & 2010-2016) and is now on track to return to its original home, Disneyland in Anaheim CA.

With a legacy going back to 1971, with the first Magic Kingdom Character Parade, this most recent installment of the daily afternoon parade debuted in 2014 and is still running today.  I’ve rarely been a fan of the daytime parades, but the steampunk elements of the Festival of Fantasy parade bring it to this list of favorites.  A giant, fire breathing, purple steampunk representation of Maleficent at the parade’s finale is a must see.

This is one of the few remaining “parades” that has withstood the test of time. This delightful parade of water creatures has been running nightly since just after the park opened in 1971, albeit with a few updates along the way.  The success of this pageant was the inspiration for the Main Street Electrical Parade. This is my personal favorite, mostly for nostalgic reasons.  I first saw this maritime wonder as child when on vacation with family.  The lights and movement on the water mesmerized younger me. Today it reminds me of wonderful times spent with family at the Walt Disney World Resort.

There have been numerous parades and firework spectaculars that have come and gone over the years at Disney’s Magic Kingdom in FL.  Some were much more popular than others.  These five find favor with me, either for reasons of nostalgia, themed elements or just plain fiendish fun.

What are your favorites?  Please share your happy memories in the comments below.