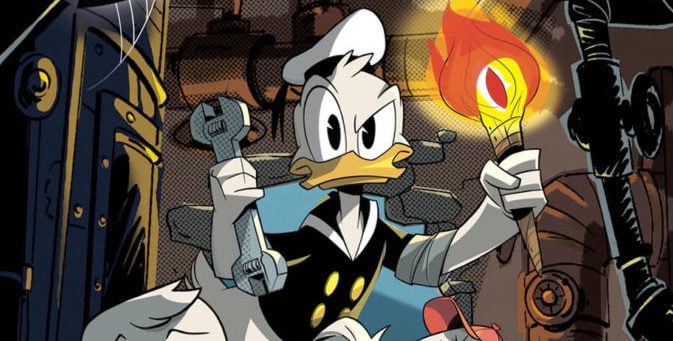 In addition to the new TV series premiering in August on Disney XD, the DuckTales gang is returning to their comic book roots later this fall.

Joe Carmagna is writing the new “DuckTales” comics, with artwork by Luca Usai and Gianfranco Florio. Carmangna’s previous work includes the all-ages comic adaptations of “Avengers Assemble” and “Ultimate Spider-Man.” Usai and Florio both worked on Disney comics that were originally published in Italy, such as “Topolino.”

Each issue of “DuckTales” features two stories. In the first issue, “The Great Experiment of the Washing Machine” sends Donald and his nephews to a lab full of life-hacking inventions that may wind up making their lives more miserable. The second story in the first issue is titled “The Chilling Secret of the Lighthouse,” and fittingly, that storyline remains a mystery right now. Though IDW has continued to publish “Uncle Scrooge” and “Donald Duck” comics internationally, this is the first “DuckTales” comic published in the United States since 2011.

A preview issue will be released in July and issue #1 arrives in stores on September 13, ten days before the official TV series premiere on Disney XD.

The “DuckTales” TV series kicks off with a TV movie on August 12.