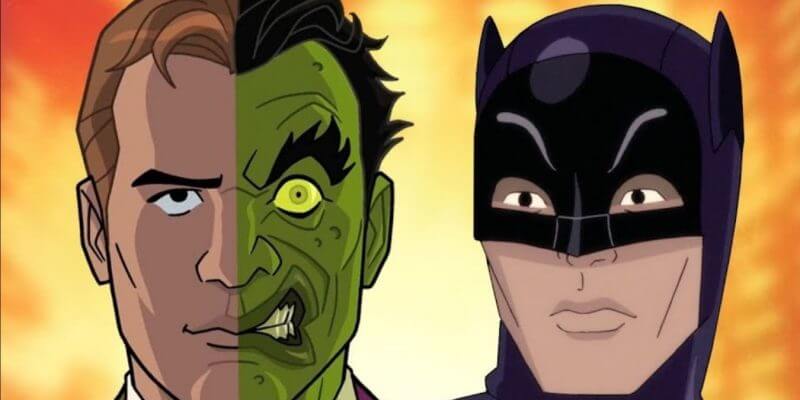 Earlier this week, ITM brought you the sad news of Adam West’s passing and an opportunity to see one of Mr. West’s last projects: “Batman: Return of the Caped Crusaders.”

We noted that a sequel to the 1960s series animated tribute was in the works, and William Shatner would be joining the cast as Two-Face.  It was unclear at the time if the project could be completed due to Mr. West’s passing.  We are pleased to report that Warner Brothers has confirmed the sequel will be produced, and a DC All Access interview with Adam West reveals a few details about the animated adventure’s sequel.

When we last reported about Mr. West’s recent projects, it was unclear if he had finished recording his part for the sequel before his passing.  Dan Greenfield (13th Dimension) revealed, yesterday, that he contacted Warner Brothers and was advised that Mr. West did, indeed, complete the voice work for “Batman vs Two-Face.” At this point, little is known about this follow up to the 2016 animated movie, but the few featured facts we found are holding our attention: This script page, shared by Julie Newmar, offers a peek into the sequel’s starting seconds. “Batman: Return of the Caped Crusaders” was released in 2016 and is currently available from Amazon. The sequel, “Batman vs. Two-Face” has not been given a release date as of yet.  Sadly, the animated film is the last project that Adam West worked on before losing his brief battle with leukemia.

Be sure to stay tuned to ITM for additional development regarding “Batman vs. Two-Face”

Comments Off on “Batman vs. Two-Face,” sequel to “Return of the Caped Crusaders” will again feature voice of Adam West