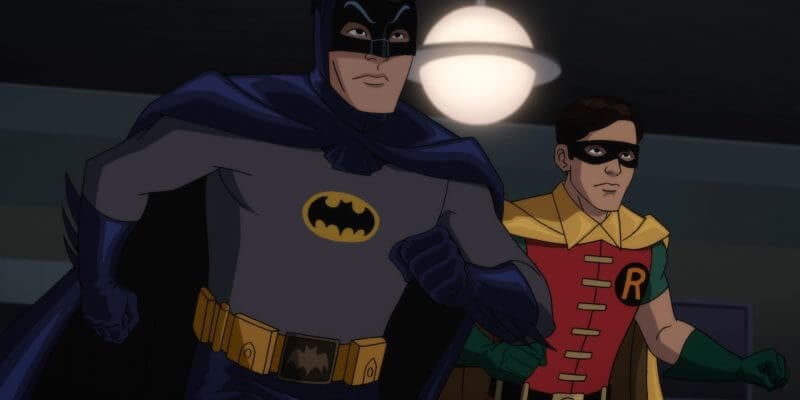 With the passing of Adam West last week, my nostalgia meter was eager to check out some vintage 1960s television in an attempt to reconnect with that part of my lost childhood.

In my search, I was not at all disappointed.  I found a special animated feature that DC and Warner Brothers released late last year.  “Batman: Return of the Caped Crusaders” is everything the 1960s series was and more.  Featuring the voices of Adam West, Burt Ward, and Julie Newmar–not to mention a host of popular villains and the iconic 1960 Batmobile–this DVD became an instant “must own” for me. 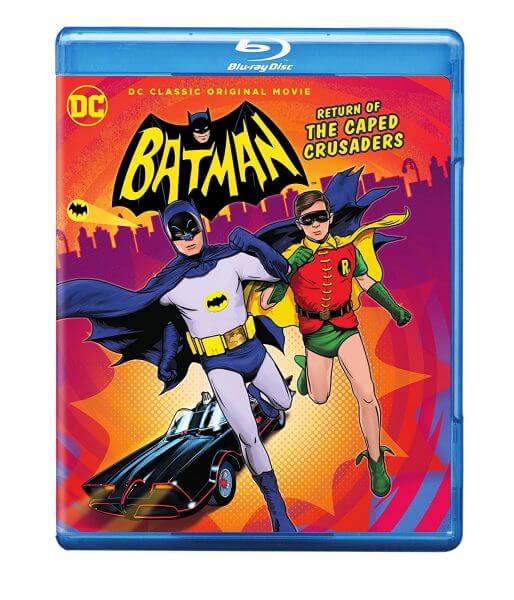 The cartoon movie is just over an hour long and packs all the punches of the original series with a few updates. 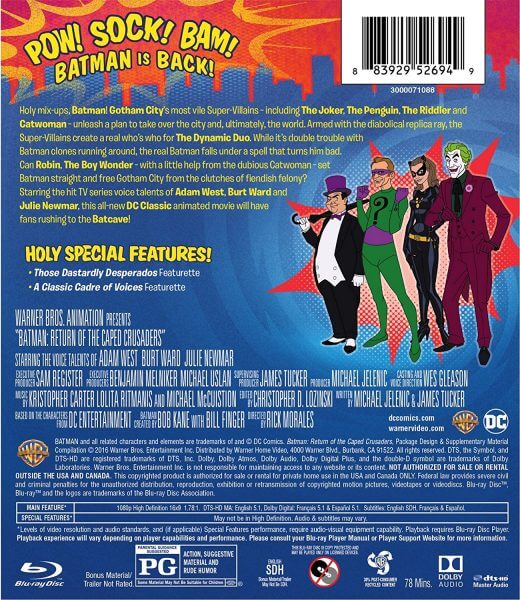 “Batman and Robin, the boy wonder, swing into action when the earth is threatened by Gotham City’s most malevolent master-criminals, Joker, Riddler, Penguin, and Catwoman! The dynamic duo try to save the day when Batman is turned from good to bad. Now Catwoman and Robin must team up to stop him from taking over Gotham City and ultimately, the world.” –Amazon

It’s of note that a sequel was in production for this animated original.  Adam West was to return as Batman and go “toe to toe” with Two Face, who would be voiced by William Shatner.  At this time, there is no word if the project was completed before Mr. West passed away. 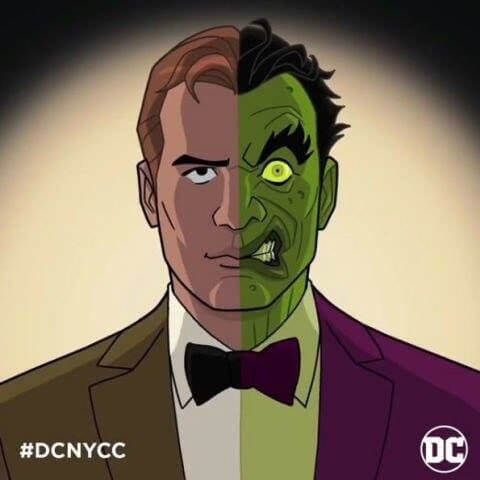 Everything for “Batman: Return of the Caped Crusaders” remains true to its roots in the ’60s show. Even the soundtrack is based upon the original Neal Hefti music from the “Batman” television series. This noteworthy score captures all the essence of the action and lighthearted tone of the ’60s. 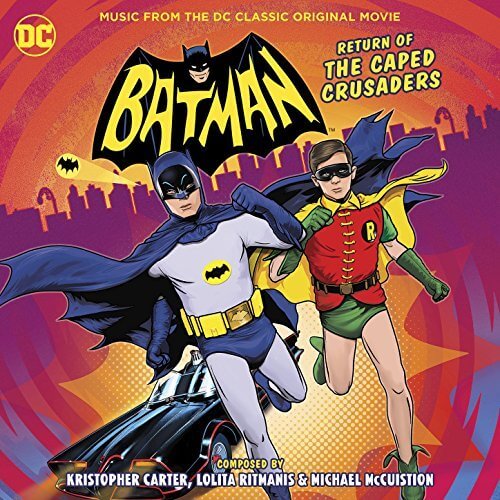 The soundtrack is available on Amazon as well for $9.49 (or free to stream for Amazon Prime Music members).