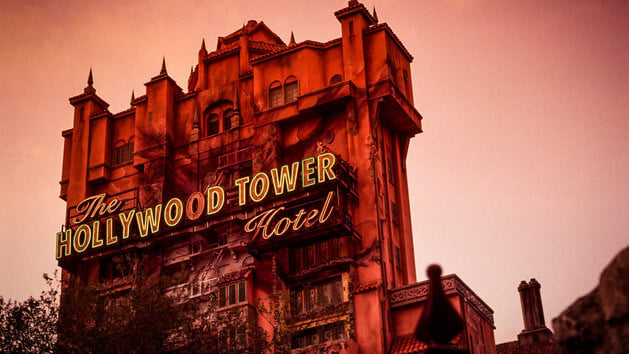 Disney California Adventure said goodbye to one of its most popular attractions this year, as the Twilight Zone Tower of Terror was shuttered to make way for Marvel’s Guardians of the Galaxy – Mission: BREAKOUT! Fortunately for theme park fans, the original (and many would say far superior) version of the ride at Walt Disney’s World’s Hollywood Studios park is still in operation, waiting for you.

The Southern California Halloween convention Midsummer Scream, entering its second year of existence in Long Beach at the end of July, announced today that it will feature an in-depth retrospective panel focusing on the history, design, construction, and future of the Twilight Zone Tower of Terror on both American coasts and in its different iterations overseas. “I can’t think of a better forum or way for hard core Tower of Terror fans to come together here in SoCal to bid Tower as we knew it here for 12 years farewell, with some of the key people who helped create it,” said West, who also helped make Midsummer Scream a reality. The group will discuss what first made the Tower of Terror such a hit with fans at Walt Disney World, and why the attraction will be so sorely missed at the Disneyland Resort.

Midsummer Scream will take place at the Long Beach Convention Center in Southern California on July 29th and 30th, 2017. Be sure to visit the event’s official website for more information and advance ticketing resources.