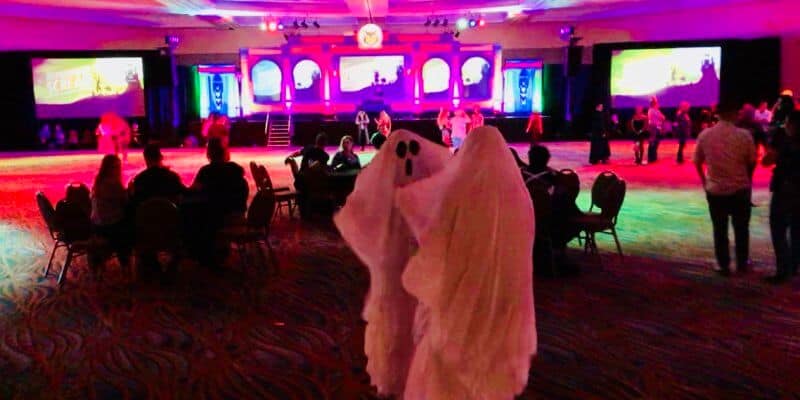 The Midsummer Scream convention once again proved this past weekend that it is the best annual event for Halloween fans, not just because it’s packed with plenty of fun frights, but more so because it’s the greatest place to reconnect with old friends and make outstanding new ones.

Every year I look forward to returning to Midsummer Scream to explore the up-and-coming talent from home haunters featured in the Hall of Shadows, dive into dark, bizarre, and immersive experiences, browse the endless stream of macabre merchandise on the main show floor, and learn a thing or two from the event’s many panel discussions and classroom presentations. Midsummer Scream 2018 did not disappoint in any of these, providing two days of solid entertainment. 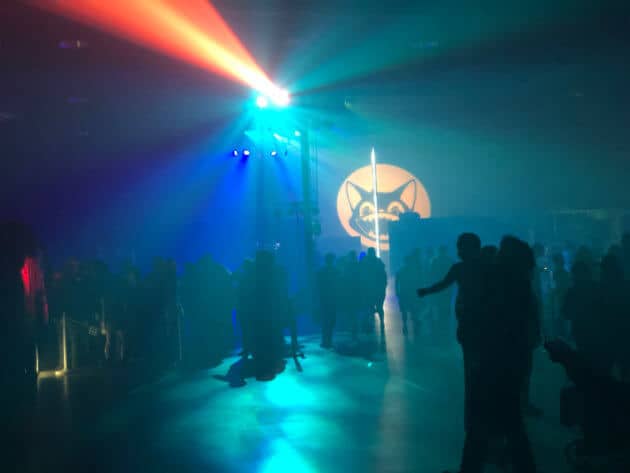 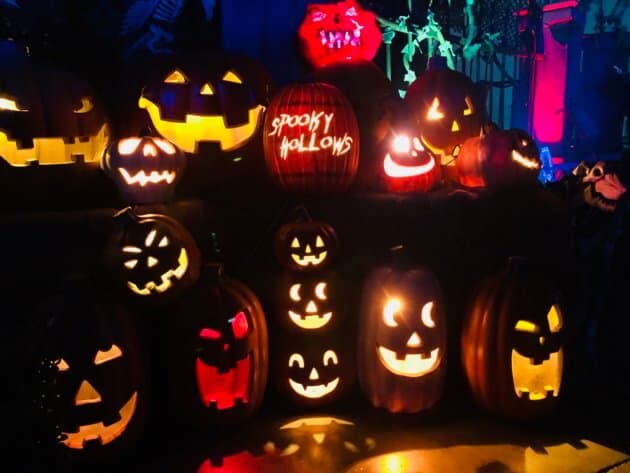 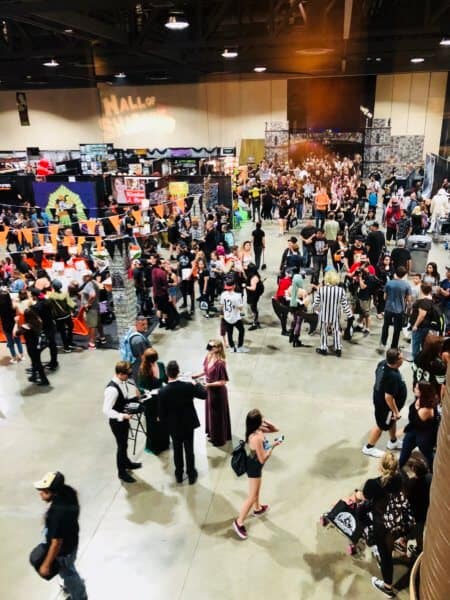 But at the end of the first full day, I realized I had barely “seen anything” the event was advertised to offer because I spent the majority of the day bumping into amazing people I had not seen since last year’s convention. It was like that moment when you run into an old friend at a bar, over and over for hours straight. 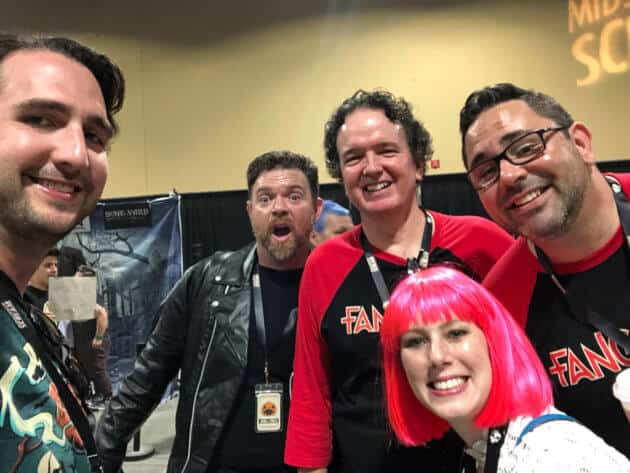 That was just the beginning. Throughout the weekend, I reconnected with folks from my former life as Inside the Magic podcaster and editor, such as Doug Barnes and Robert Coker of the amazing Season Pass Podcast, Paul Barrie and his son Calvin from the Window to the Magic podcast, and Jeff Heimbuch formerly of Communicore Weekly, along with several fans of the old weekly show.

While I’ve been attending Midsummer Scream as a reporter and fan for several years, I also had the pleasure of joining the special guest list this year, appearing on a panel discussion about Immersive Horror. Hosted by the guys from the My Haunt Life podcast, it was an honor to appear alongside Rachel Bollinger-Foti of HELA Productions, Justin A Fix of Creep Los Angeles, and Ted Dougherty of Black Market Escape Rooms to chat about the challenges of immersive entertainment and the designs we are creating today are setting the groundwork for the future of live experiences. 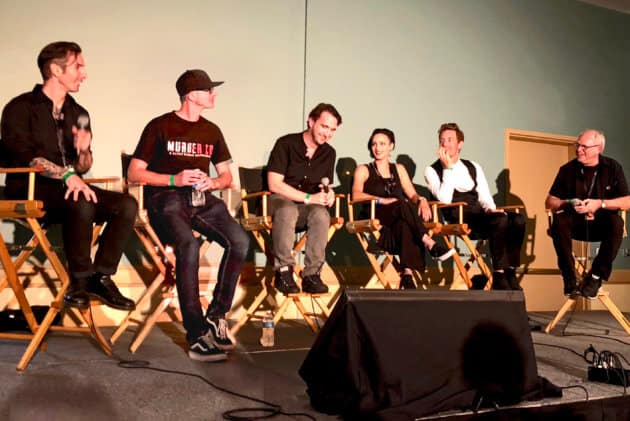 But it isn’t necessary to come to Midsummer Scream knowing anyone at all. That’s the magic of this event.

It’s incredibly easy to “bump into” incredibly talented designers and even a few celebrities simply by showing up and keeping your eyes open.

Those interested in the worlds of themed entertainment or immersive theater had no trouble finding designers including Scott Swenson of Busch Gardens / Howl-O-Scream fame, Jon Cooke of Knott’s Scary Farm and now Queen Mary Dark Harbor, Zombie Joe of Zombie Joe’s Underground Theatre, or even Josh Randall of Blackout – all of whom I chatted with throughout my time in California this past weekend, just by happening to run into them. 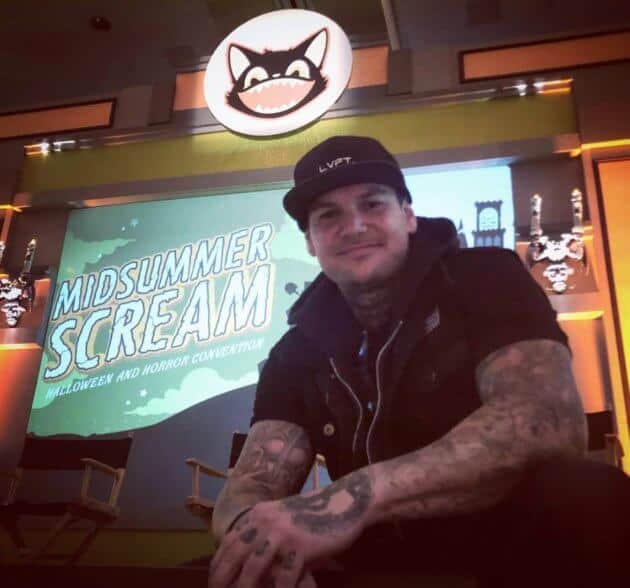 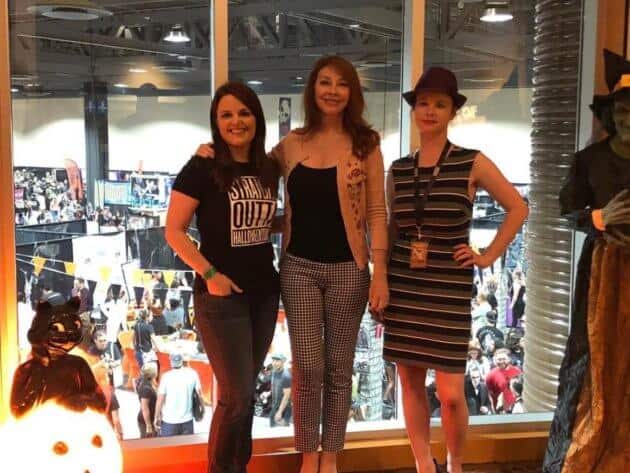 It’s not hard at all to make new friends at Midsummer Scream, as everyone attending shares a common passion for all things spooky. Striking up a conversation on the show floor about a skeleton necklace or playing an impromptu game of ping pong at the event’s official nighttime party made meeting new people a breeze. 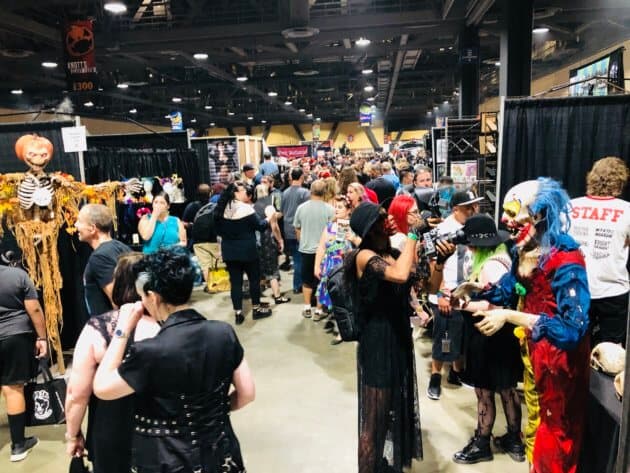 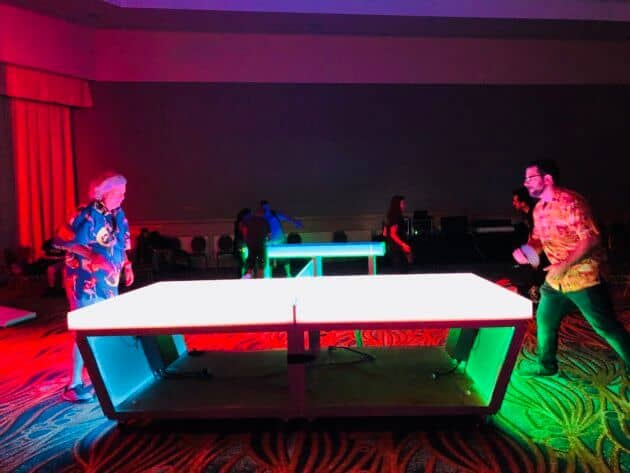 Ultimately, it was Calvin who summed up Midsummer Scream best in a Facebook post during the event:
“I love the fact that this convention is supposed to be a haunt vendor/announcement convention, but it is more like a ‘Hey I know you! It’s been forever! How are you?’ convention.”

I went the entire weekend without stepping foot into a single major panel in the main presentation hall, spending nearly the entire time roaming the show floor and socializing with other attendees. The more times I attend this event, the more I find myself looking forward to seeing the same faces each year and eagerly awaiting the unknown new friends I’ll be meeting.

As Midsummer Scream 2018 has just ended, it does now seem like “forever” until the next one. But I can’t wait to return next year.

For more information on Midsummer Scream (returning August 2019 to the Long Beach Convention Center in Southern California), be sure to visit the event’s official website.