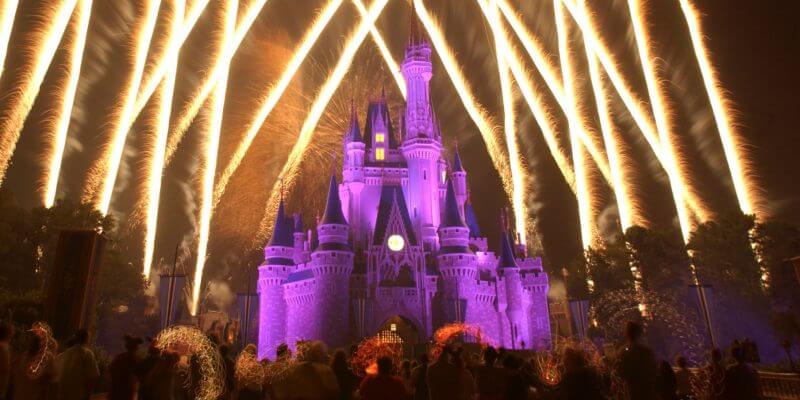 Like all of the young and young-at-heart that have visited Walt Disney World, I cannot remember a day in the Magic Kingdom that ended without you lighting up the night sky. Your music and message harkened back to the days of Walt Disney and defined the Walt Disney World experience for an entire generation of Disney fans. And like many frequent visitors, I became so familiar with you that I took you for granted, taking advantage of shorter ride lines while everyone else gathered to experience what I had experienced dozens of times before.

Things changed when I went to college. I no longer had the privilege of going to Disney everyday and I was craving that magic that you provided. So, you became that ritual again. Every chance I got to go back to the Kingdom had to end with me watching your nightly spectacle. It didn’t matter where I was in the park, I would find my spot in front of Cinderella’s Castle and hold my ground as everyone else filled in the space around me. Finding any spot to see you took priority over my favorite spot though, so I got to experience you all over the Magic Kingdom. From the balcony of the Main Street Train Station and the Partners Statue, to the base of Big Thunder Mountain and the heights of the Astro Orbiter. Experiencing you from right behind the Castle was extra special, as the fireworks were shot up all around me. And this is just one of the millions of perspectives that have captured you throughout the year.

Everyone’s eyes light up seeing Tinkerbell leap from atop Cinderella’s Castle and soar across the park. Through the guidance of Honorary Conscience, Jiminy Cricket, and the Blue Fairy, you called us all to make a wish and see it come true with Peter Pan, Pinocchio, Snow White, Ariel, Cinderella and Aladdin. You and Genie told us to make that pursuit a fun experience, but warned us of the Evil Queen, told us to be careful what we wish for, and to always let our conscience be our guide. You helped us remember that Fate steps in to see us through to the end. You also adapted to the holidays, adding that Disney Magic to the Fourth of July, Halloween, Christmas and New Years Eve.

While we Disney fans are nostalgic for the classic stories and the classic attractions, Walt Disney told us that this place we all call home in some way will never be completed and will always be changing in some way. Now it’s time to move on to a new fireworks show and a new goodnight kiss. And if we can make one wish, it would be that this new show encapsulates the same message, the same call to action, and the same hope you did while bringing even more joy and more magic than before.

So, Wishes, from the bottom of all of our hearts, thank you. Enjoy retirement. And may all YOUR wishes come true.

“Happily Ever After” has made its debut as a replacement for “Wishes” to much praise from fans. Watch the full new show below.

Comments Off on Tribute: A Farewell to “Wishes” as Walt Disney World gives long-running nighttime show a final kiss goodnight