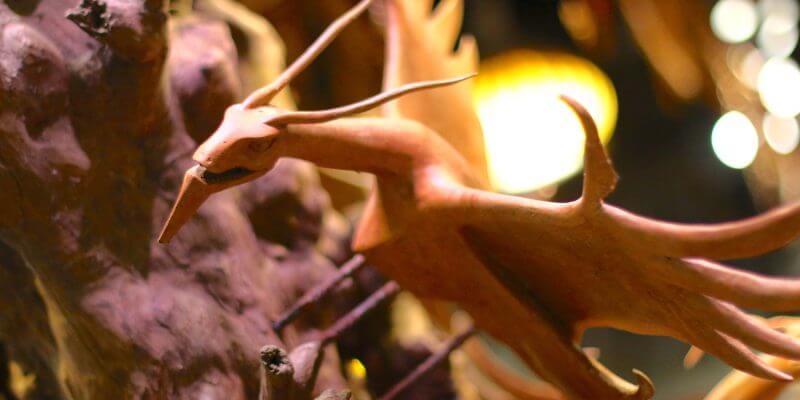 For our final installment of this photo series spotlighting the detail of Walt Disney World’s new Pandora – The World of Avatar, we’re headed into the land’s store and restaurant.

In Part One, we walked through the Valley of Mo’ara. Part Two brought us inside the new area’s two rides. Now, we head inside the Windtraders store and Satu’li Canteen restaurant, where there’s certainly no shortage of detail to be found.

Even in places that are meant for shopping and dining, Disney’s Imagineers don’t hold back on designing intricate environments. They may not be quite as extensive as with the land’s signature attractions, as guests’ attention is largely fixed on what they want to eat and buy, but there are more than a few beautiful elements to be found…

SATU’LI CANTEEN & WINDTRADERS – THE DETAIL
(Click any photo to enlarge.) When Pandora – The World of Avatar officially opens on May 27th, be sure to not just run to each ride, trying to get it all “done” as quickly as possible. Take a slow stroll around the Valley of Mo’ara. Soak it all in. And check out all those tiny details that make this world rich.

DISCOVER MORE FROM PANDORA – THE WORLD OF AVATAR IN OUR 3-PART ‘UNEARTHING PANDORA’ SERIES:

Comments Off on PHOTOS: The details of ‘Pandora – The World of Avatar’, Part 3 – Satu’li Canteen & Windtraders