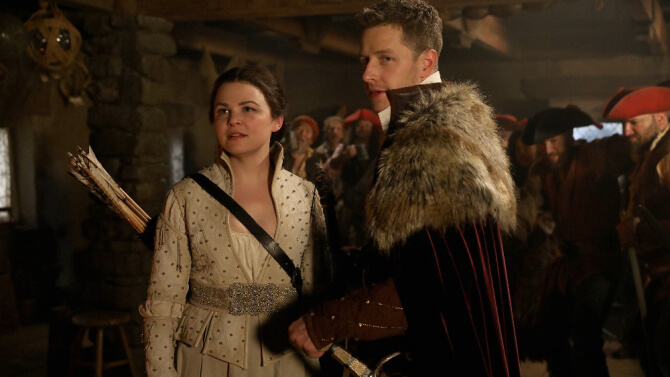 It’s a mass exodus this week from ABC’s fantasy drama “Once Upon a Time.” “Words can’t do justice to what Ginny, Josh, Emilie, Rebecca, and Jared brought to ‘ONCE UPON A TIME…’ but we’ll try… never have we had the privilege of working with a more talented group of collaborators.  Each brought unique talent, incredible intelligence, and their own individual bit of magic as they gave life to these iconic characters,” said ABC in an official statement.

It’s all bittersweet news for fans of “Once Upon a Time,” who were happy to hear that the serialized Disney fairy tale had been picked up for another season just yesterday. New cast members Andrew J. West (“The Walking Dead”) and Alison Fernandez (“Logan”) will attempt to fill in the gaps left by the departing ensemble.

“Once Upon a Time” season seven will premiere on ABC in the fall.