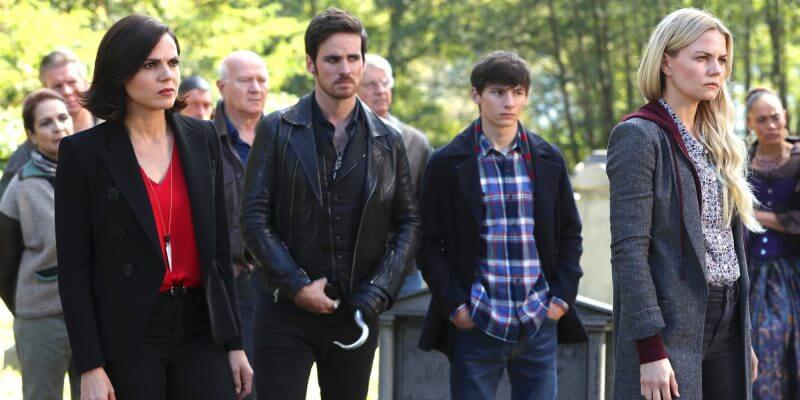 Earlier this week, “Once Upon a Time” fans were disappointed to learn that series star Jennifer Morrison (Emma Swan) would be departing the show if and when ABC decided to pick up the popular fantasy drama once again after the end of the current season six. And today, the news of a seventh-season renewal was confirmed via a story in Variety.

“Once Upon a Time” is a fairy tale that takes place in the fictional town of Storybrook, Maine, and incorporates alternate versions of characters and situations from a number of different Disney movies and folklore, such as “Peter Pan” and “Beauty and the Beast.” The series was created by Edward Kitsis and Adam Horowitz (“Lost,” “Tron Legacy”) and also stars Ginnifer Goodwin as Snow White, Lana Parilla as the Evil Queen, Josh Dallas as Prince Charming, and Jared Gilmore as Henry Mills. The seventh season of “Once Upon a Time” will premiere this fall on ABC.

UPDATE: Following the renewal news, it was announced that co-star Rebecca Mader is leaving the show as well. Mader has played the Wicked Witch of the West since season three. “This wasn’t my choice but a creative decision of the show’s that I totally respect and understand,” she commented.