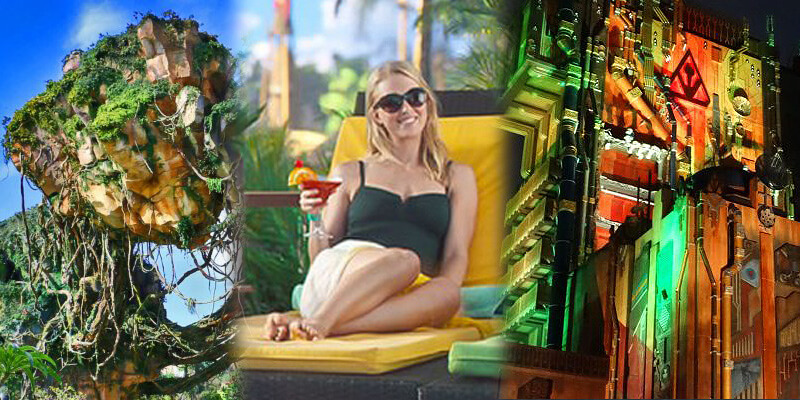 Every year as the summer season approaches, Memorial Day weekend marks the rollout of an exciting new theme park ride or two. But this year, the parks have raised the stakes by rolling out much more than a few new attractions.

Beginning tomorrow and continuing through Friday, Walt Disney World, Universal Orlando, and Disneyland will all be officially unveiling massive new additions to each resort – and ITM will be there every step of the way! Disney’s Orlando theme parks kick off their press event this evening with a trip to Disney Springs to dine at the new Paddlefish restaurant, followed by a performance of the new Happily Ever After nighttime spectacular. I (Ricky) will be sticking around to talk to one of the creative geniuses behind this new show as well.

The official dedication ceremony for Pandora – The World of Avatar at Disney’s Animal Kingdom will open the day tomorrow morning, May 24th, around 9:30am EST. I will be in the new land for that moment and throughout the day, enjoying its stunning sights and exciting rides while sharing thoughts online. I’ll also have the opportunity to learn even more about the new land and its attractions from some of the Imagineers who created it.

Tomorrow night, we’ll also get our first look at the full bioluminescent splendor as Pandora fully lights up for the first time. So keep checking back throughout the evening!

Walt Disney World’s event continues on Thursday, May 25th, with their Blockbuster Summer Preview, spotlighting other entertainment debuting soon, including a first look at The Music of Pixar Live! at Disney’s Hollywood Studios.

Pandora – The World of Avatar officially opens to the public on Saturday, May 27th. Simultaneous with Disney’s event, Universal Orlando is unveiling Volcano Bay, their new all-new water park they consider to be their third theme park.

Later today, we’ll bring you a look at the newly-expanded Cabana Bay Beach Resort featuring views of Volcano Bay from its new tower.

Then, beginning around 10am EST tomorrow, JeniLynn and Sean will be giving you an sneak peek inside Volcano Bay, so be sure to stick with us throughout the day to see its slides, rides, and many thrills.

The debut of Volcano Bay continues Thursday morning, May 25th, with a grand opening ceremony starting around 8am EST. JeniLynn and Sean will stick around the new water park that day as well, soaking in its opening day – and sharing the excitement with you! This week Disney California Adventure officially says goodbye to the Tower of Terror as a new ride replaces it. Guardians of the Galaxy – Mission: BREAKOUT! will make its official debut on Thursday, May 25th, with a Hollywood-style celebration.

Mike Celestino will be on hand to capture all the irreverent antics beginning at 10am PST and continuing into the night with a Marvel-ous nighttime event. We’ll also bring you to the new meet-and-greets with Marvel superheroes including Groot, Star-Lord, and more as well.

It’s the grandest kickoff to the summer season we’ve seen in a long time, so keep coming back to Inside the Magic throughout the week (and into the weekend as MegaCon descends on Orlando) for plenty of fun!

Comments Off on Follow along as Disney, Universal hold lavish premieres for Pandora – The World of Avatar, Guardians of the Galaxy, Volcano Bay