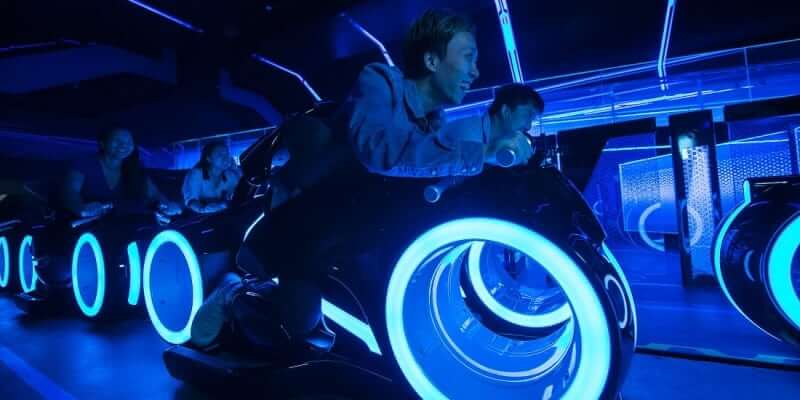 Walt Disney World’s 50th anniversary is coming up in 2021 and while Animal Kingdom and Hollywood Studios have already seen some updates, nothing major has been announced for the Magic Kingdom. Now, insiders are hinting that the Tron coaster, a popular attraction at Shanghai Disneyland, is also heading for Tomorrowland.

A previous rumor hinted that Disney would be closing the Tomorrowland Speedway, and it’s possible that the Tron coaster could take its place. If the potential coaster in Tomorrowland is similar to the one in Shanghai, it will feature motorbike-style seats and an outdoor area. Other renovation rumors for Tomorrowland include a Wreck-it-Ralph attraction and an update to the Carousel of Progress. Disney is also currently looking to reboot the “Tron” movie franchise with Jared Leto, so this may be the perfect time to have the Tron coaster join Space Mountain as the resident thrill rides of Tomorrowland.

Take a ride on Shanghai’s version of the coaster: