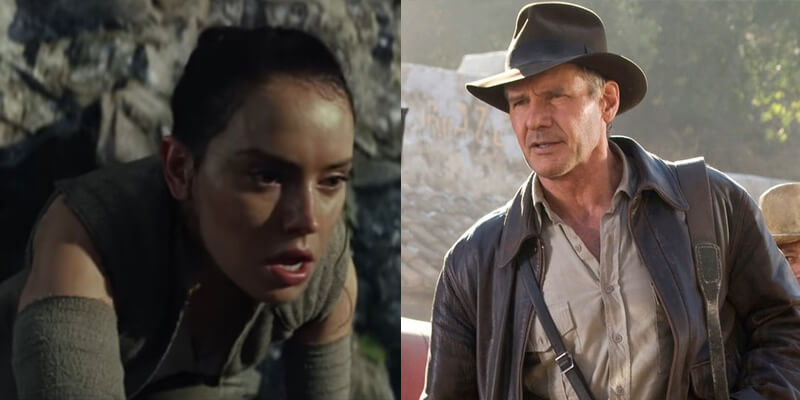 In an official announcement on StarWars.com, Lucasfilm has revealed the release dates for two of its highly-anticipated sequels: “Star Wars Episode IX,” to be directed by Colin Trevorrow of “Jurassic World,” and “Indiana Jones 5,” from director Steven Spielberg, who has helmed all of the theatrical films in the Indiana Jones series.

“Star Wars Episode IX,” which will receive a subtitle closer to its release date, is slated for May 24th, 2019, breaking the recent holiday release pattern of Episodes VII and the upcoming VIII. “Indiana Jones 5” (again, certain to carry a longer “Indiana Jones and the __________” title later on) is set for July 10th, 2020– a year later than the previously-announced 2019 date, with star Harrison Ford once again on board.

In the meantime, Star Wars fans have this year’s “Episode VIII: The Last Jedi” (coming Friday, December 15th) and 2018’s thus-far-untitled “Young Han Solo” (release date May 25th of next year) movies to look forward to. Indiana Jones devotees have not had a movie to see in theaters since 2008’s “Kingdom of the Crystal Skull.”