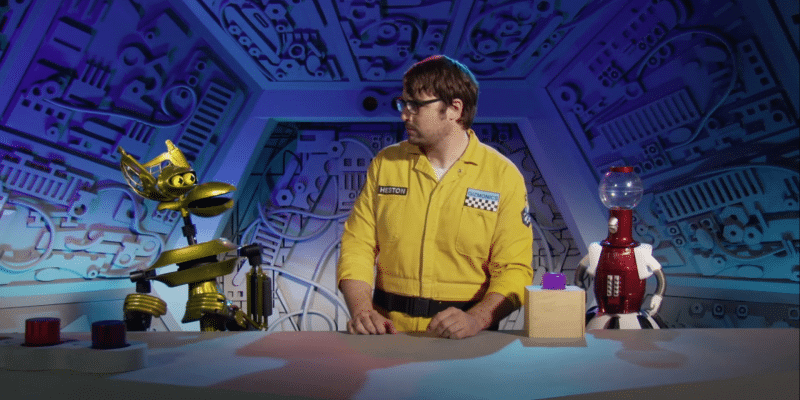 “Mystery Science Theater 3000” is back with new episodes and a new cast more than an decade and a half after its cancellation from the then-called SciFi Channel. And today its new home Netflix dropped the first trailer with actual footage from the show’s upcoming eleventh season.

In the roughly 40-second trailer fans can catch glimpses of host Jonah Ray, mad scientists Felicia Day and Patton Oswalt, and of course those wisecracking robots Tom Servo and Croooooooow. Push the button.

I had the opportunity to see the first episode of the new season last month, and it’s safe to say the show’s return will live up to the quality of comedy established by MST3K’s original run back in the 90’s.

Comments Off on VIDEO: We’ve got movie sign! The trailer for the new season of “Mystery Science Theater 3000” is finally here