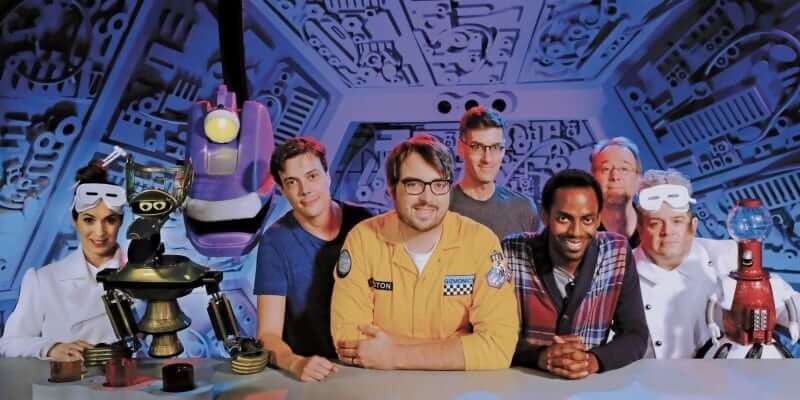 Last night in Hollywood, California, the cult comedy television show “Mystery Science Theater 3000” held a grand premiere of its new season for its Kickstarter backers, attended by the cast and crew of the show.

At the end of the screening, series creator Joel Hodsgon announced to the audience the date for MST3K’s debut on Netflix: April 14th.

Get ready for the Robot Roll-Call: @MST3K is coming to Netflix April 14! pic.twitter.com/iYVT7RhcTo

As an MST3K Kickstarter backer, I was personally fortunate enough to attend last night’s screening, and while I’m NDA-bound and legally prohibited from revealing the title of the movie that’s riffed in the first installment of the new season – or really anything at all about the episode – I can say that I had a lot of fun!