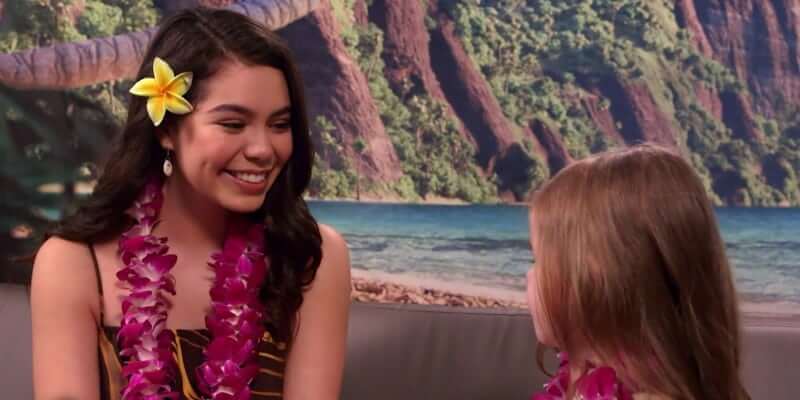 “Moana” star Auli’i Cravalho has been getting an awful lot of good press this week, after her dazzling performance at the Oscars and getting cast in a new drama pilot for NBC. And she’s about to earn even more goodwill by being so accessible to her adoring public.

This week on “The Ellen DeGeneres Show”, Ellen debuted a clip of Auli’i singing the song “How Far I’ll Go” written by Lin-Manuel Miranda for “Moana” with young fan and YouTube star Claire Ryann.

Disney’s “Moana” is already available on Digital HD and Disney Movies Anywhere, and will be released on Blu-ray and DVD this coming Tuesday, March 7th.