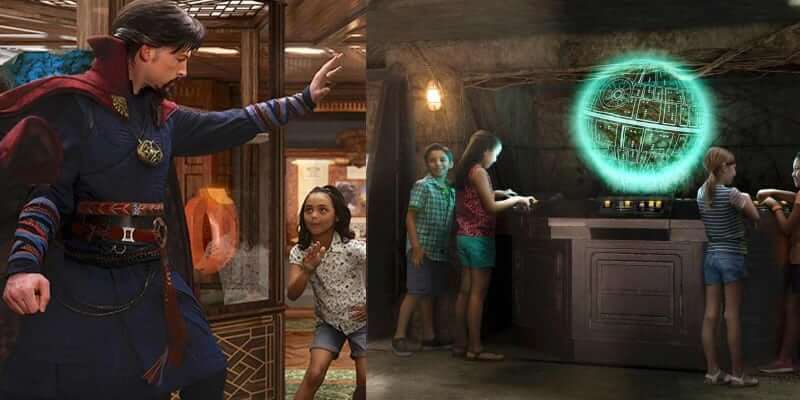 Disney Cruise Line today has offered a first look at magical new Star Wars and Marvel additions coming to the Disney Fantasy Ship beginning this May.

In Disney’s Oceaneer Club, the new Star Wars: Command Post will takes kids on a journey to train with heroes of the “Star Wars” saga and help with missions against the First Order.

Interactive holographic models will be the star of the new experience via a one of-a-kind Star Wars holotable that projects 3-D images of the Millennium Falcon, Death Star and other famous Star Wars ships. Doctor Strange previously made appearances at Walt Disney World in his own mini show:

The ship is also opening a new Sweet on You ice cream shop, themed after the iconic Mickey Mouse cartoon shorts, as well as adding the luxury brand, Tiffany & Co. in an exclusive store.