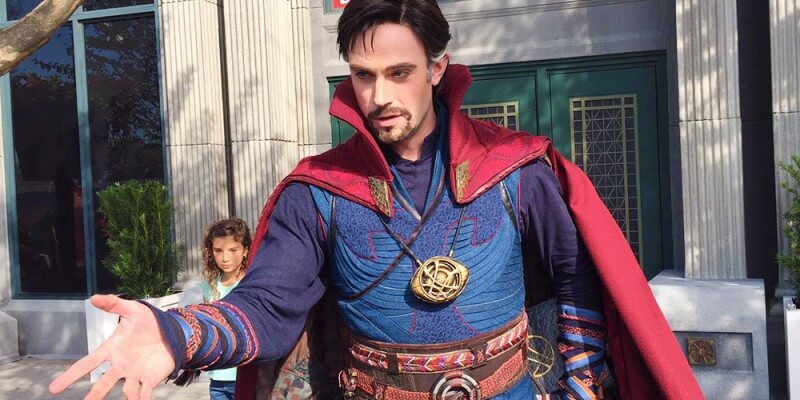 It’s only the first day in theaters, and Marvel’s Doctor Strange is already the thrilling audiences and critics alike. The movie starring Benedict Cumberbatch centers around a surgeon who stumbles into learning the mystical arts and uses them to fight the powers of evil.

Now, guests will be able to meet the good doctor and experience some mysticism of their own at Disney’s Hollywood Studios starting today — and we have a full video for you. Check it out below:

The meet-and-greet location is at the end of Pixar Place. Those who have seen the movie will recognize some familiar landmarks. And for those who haven’t, we got you covered: Tom Corless of WDW News Today spoke with WFTV Channel 9 about the shared contracts between Universal Orlando Resort and Walt Disney World. It is absolutely worth noting that Universal and Marvel have been partners since 1994 — a large point of curiosity with fans of the Orlando parks was how the rivaling theme park juggernauts would share the Marvel property:

In short, Universal owns the rights to Marvel characters east of the Mississippi and from that deal, came the Marvel rides at Universal. Now, Disney is using “Doctor Strange” and the “Guardians of the Galaxy” characters through a loophole in the contract.

“They’re not allowed to print it on times or any material like that, or market it, or put the word, Marvel. But Dr. Strange, the character, is fine to appear in the park,” Corless said.

Here are some images of the experience: So what do you think of you and your family being able to check out Doctor Strange in person at Disney’s Hollywood Studios? Let me know in the comments below and stick with Inside the Magic for all things fun and awesome!