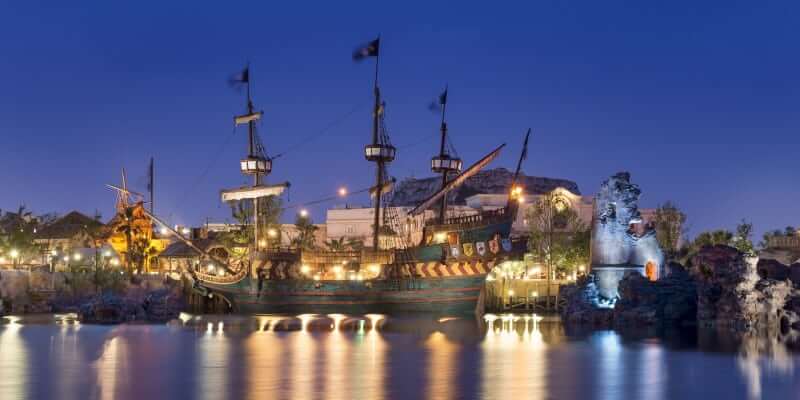 Luc Mayrand, Vice President of Creative for Shanghai Disneyland and Hong Kong Disney Resorts, has given almost 20 years of his life to Walt Disney Imagineering. During that time, he has learned a lot about what things make Disney Parks stand out and why they are able to turn out world class attractions again and again. In a recent keynote address that he gave at UNCSA School of Design & Production, he laid some of these tid-bits out.

Mayrand asserts that there were a few things that proved critical in elevating his team’s work to the height it achieved: planning, carefully disregarding the status quo, expecting surprises, and infusing heart and soul. Each talking point in the lecture gives important examples and real-life applications to support his words.

And he should know what works. Mayrand was appointed as a supervisor to two areas of Shanghai Disney, Disney Parks most recent addition to their theme park inventory. The areas, Treasure Cove and Adventure Isle, presented unique challenges due to the fact that mainland China has no historical reference point when it comes to pirates. Introducing the concept of pirates to a country with no national history of it was not easy for his team, but it is clear from the tremendous success of the lands that he not only met the challenge, he “raised the bar” for attractions worldwide.

“All I care about is creating cool things for guests,” Mayrand said as he laid out tips for other aspiring themed entertainment designers. “Investing in yourself and your skills is the safest bet.”

Referring to Treasure Cove‘s headlining attraction, Pirates of the Caribbean: Battle for the Sunken Treasure as well as the 900-seat theater for Eye of the Storm: Captain Jack’s Stunt Spectacular, the talented Imagineer was able to drive home the points of his presentation, showing that hard work, dedication and passion can pay off in big ways when “you get to see your dreams come true.”

To read about Mayrand’s advice for pursuing the dream of an Imagineer or any other opportunity in the field of theme park design, go to UNCSA for the full story.