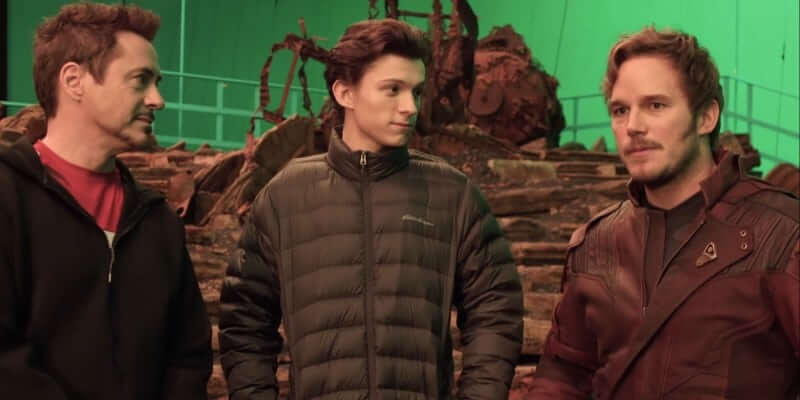 It’s bound to be the ultimate Marvel movie. Production has been underway on “Avengers: Infinity War” for a couple weeks now in the state of Georgia, and yesterday Marvel gave us our first peek at key members of the cast working and chatting together on set.

In the clip below, stars Chris Pratt (Star-Lord), Tom Holland (Spider-Man), and Robert Downey, Jr. (Iron Man) gather on the first day of principle photography for “Avengers: Infinity War” and discuss what it’s like to be part of the Marvel Cinematic Universe. Then producer Kevin Feige clues us in on what “Infinity War” means for the bigger picture of the MCU.

Marvel’s “Avengers: Infinity War” will be released into theaters nationwide on May 4th, 2018.