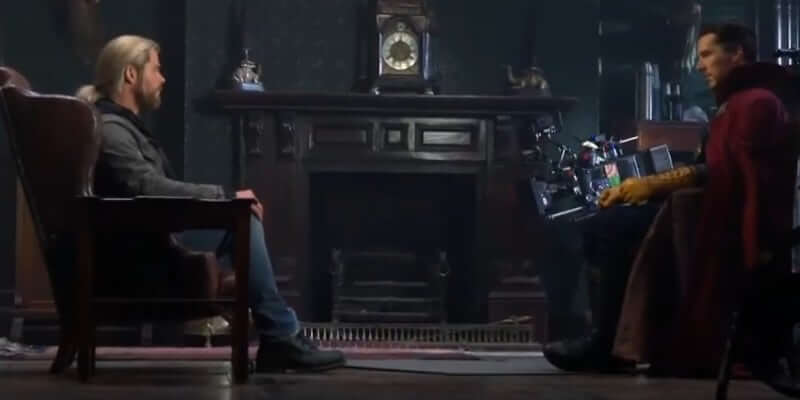 By now fans know to stick around during and after the credits of movies in the Marvel Cinematic Universe, as there’s bound to be a secret scene or two teasing the next outing.

In the case of “Doctor Strange”, we got a brief sequence detailing the first meeting between the Master of the Mystic Arts and the Asgardian God of Thunder himself, The Mighty Thor. As part of the special features included in this month’s home video release of “Doctor Strange”, Disney and Marvel are giving us a peek behind-the-scenes at that post-credit tag starring actors Chris Hemsworth and Benedict Cumberbatch.